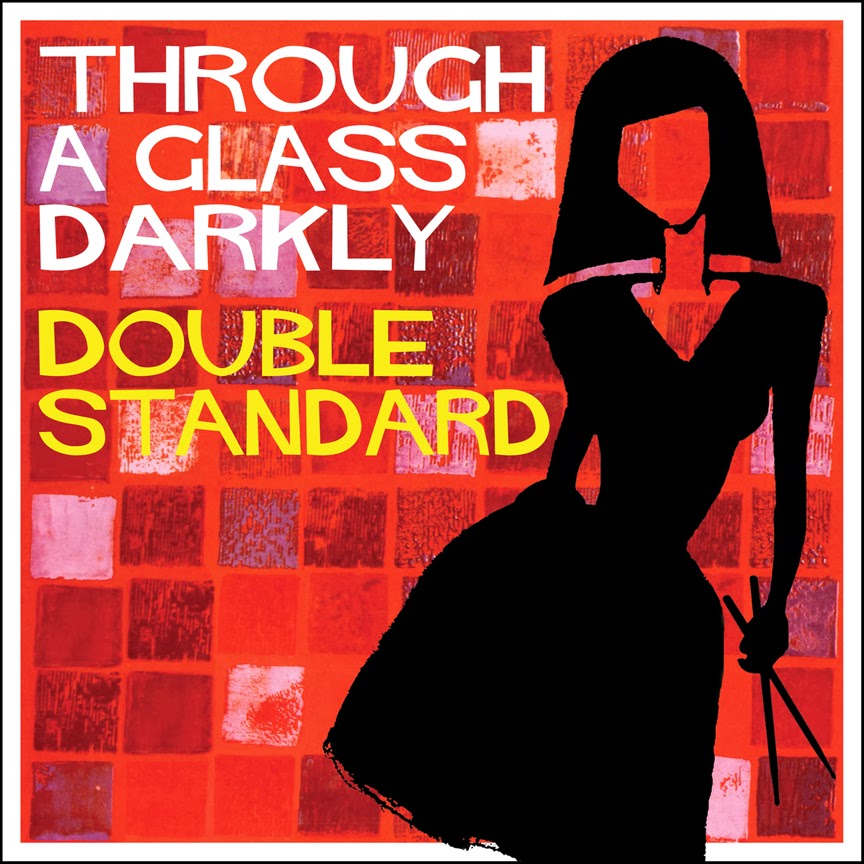 "Sometime around 900BC Dave and Lachy were playing as an acoustic duo just outside the lost city of Atlantis, when they were introduced to drummer Amelia by Poseidon, a mutual friend. In March 2011 the three piece played their first live set together, and since then ‘Through a Glass Darkly’ have risen to the dizzy heights of stardom. Constantly referred to as 'better than The Beatles' and 'worth starting a religion about', all three band members now live in private mansions and rarely speak to each other due to fame and fortune destroying their souls. Dave brings shoddy guitar work but amazing hair-work to the bargain, Lachy’s melodic bass lines and terrible attitude bring texture and fistfights to every song, and Amelia’s drumming is pretty much the only thing the band has going for it artistically. TAGD’s live shows are well known for their intensity, and it’s common to hear that audience members have run out screaming from their shows."

Check out the Australian blues-rock band on Facebook, BandCamp, Twitter and YouTube. Their latest is the "Double Standard", full-length from last year, full of 'punchy, fun rock 70s style with a fuzzy blues edge to it'. Ummm... Yes! I want to thank Dave Low (Guitar/Vocals) and Amelia Sim (Drums) for taking the time to participate in this edition of First/Last.


Favorite album of all time?
Dave: “Elephant” The White Stripes.
Amelia: I can't even.


Last concert?
Dave: Not counting local acts which I go to every week, Black Sabbath.
Amelia: Big Day Out (music festival, in Sydney).


Least favorite concert?
Dave: I basically quit Ben Harper because of an extremely self-indulgent show. I was a pretty big fan until then.
Amelia: Wayne Shorter Quartet at the Sydney Opera House.


Any thoughts, experiences about Pittsburgh?
Dave: I come from a region (the Illawarra) where when I was a kid the local football team was also called the Steelers, because it also was a steel producing area!
Amelia: Anna was originally from there before she moved to The OC and went to school with Seth, Ryan, Summer, Marissa, and Luke.


Thanks, guys. Love what you are doing and the album is kick-ass. You had me at 'fuzzy'. Also, before I Googled it, I was all, "Who the hell is Anna?"
Posted by Hughshows at 5:53 AM

Labels: First/Last, Through a Glass Darkly