Image of the Day-"Building A Mystery" 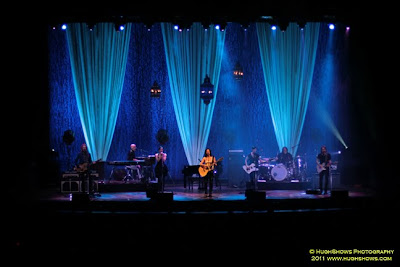 Thanks to my friends at the PSO, Ms. McLachlan has the distinct honor eight days in to be my very first show of the year. So, yeah...she's got that going for her. Performing the always fan satisfying "An Evening With..." format, she entertained her beloved audience for two and a half hours. It was my first time shooting in Heinz Hall and being that the folks in the PIT payed some good scratch to be up there and not have a pesky photog ruin the experience of the first three songs by getting in their way, I was regulated to the back of the room by the soundboard to shoot. Kind of makes the photos look all the same. See Paul McCartney, Jimmy Buffett, Emmylou Harris and Bruce Springsteen. I always like to hug the stage (without hopefully being a nuisance to the other audience members) when I document a band. That far back creates a 'flatness' to the pictures and it doesn't occur often enough for me to invest in a long lens that I won't be able to use at Brillobox. No worries. What other photog in the city can say they shot Sarah M. at Heinz Hall besides me? No one, baby. So, yeah...I got that going for me. 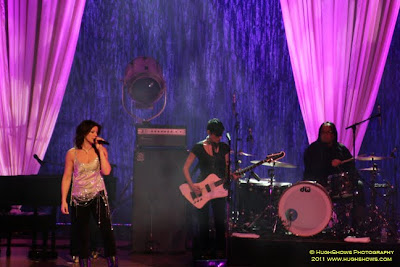 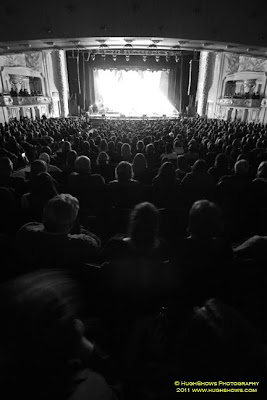 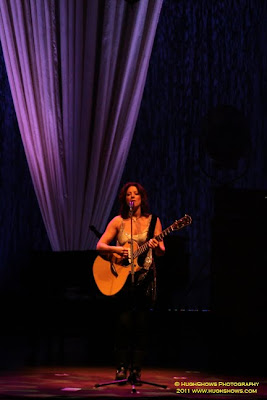 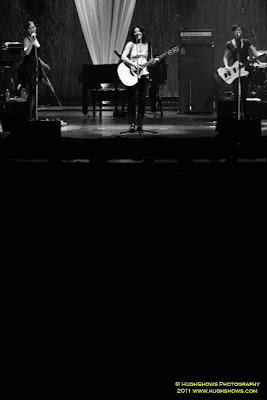 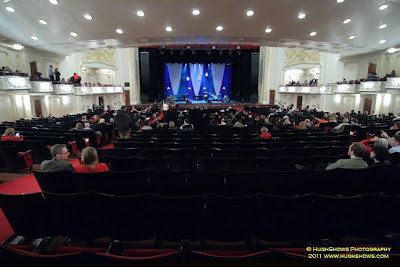 My very first picture of 2011. Incredibly, the seats were full ten minutes later.

Posted by Hughshows at 5:48 PM