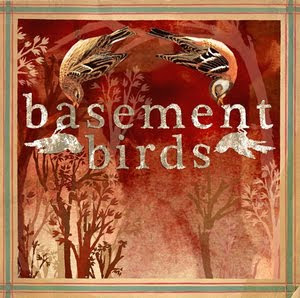 Basement Birds are an Australian 'supergroup' made up of established singer-songwriters who got together to release a really good album last year that you might not have heard about. One of them birds, Josh Pyke, was cool enough to participate and begin this new year of First/Last Friday.


The first album you ever bought?
Aerosmith-"Pump".

Favorite album of all time?
Guns n Roses-"Appetite for Destruction".

Least favorite/most disappointing album?
Guns N Roses-"Chinese Democracy". Talk about not living up to expectations! What a waste of 12 years.

Last concert?
I see lots of bands at festivals that I’m playing at, but I guess that doesn't count. I think the last actual dedicated concert I went to was the Pixies at an outdoor amphitheater in Perth.

Favorite concert ever?
Very difficult. I think Alice In Chains and Suicidal Tendencies was an amazing double bill when I was about 16, and kinda highlighted everything I love about live music. But I also thought Wilco was incredible at the Enmore Theatre a few years back, as was Interpol at the same venue. I think I probably have about 100 favourite concerts.

Least favorite concert?
I'm a huge Iron and Wine fan, but when I saw them play live at the University of Sydney venue, I just found the whole thing a bit flat and too much like a session musicians band, which was surprising and disappointing. It was actually a good show, played well, but just a bit too "slick", and I didn't even stick around for the encores.

Any thoughts, experiences about Pittsburgh?
No personal experiences. I remember seeing a punk band called Anti-Flag who were from Pittsburgh. It conjures images of industry....is it an industrial city? Do you make large SUV's there? Is it often cold? Is it a grey city, where people spend months in doors, and only venture out in puffer jackets, and emerge from their cars in billows of steam from the hot air inside their vehicle hitting the cold air outside? And sometimes they close their doors again, and drive away real quick, to vanish like a magician throwing down a novelty smoke bomb? Is that Pittsburgh?


Thanks Josh. It's uncanny because that's EXACTLY how Pittsburgh is. Really. Hope you can make it here one day to find out for yourself buddy.
Posted by Hughshows at 6:13 PM