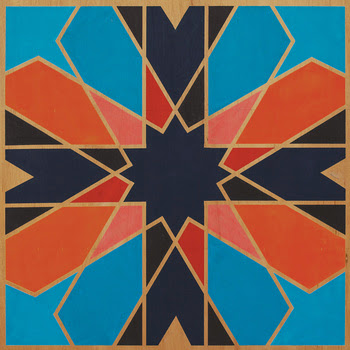 "Born in the jungles of Laos and raised on an arts and farming commune outside of Joshua Tree in the California desert, Life Leone got a crash course in guitar as a teenager from Nicky Hopkins of The Kinks. A quick study and natural fluency with music soon led to several years touring around the world as a drummer and guitar player of a variety of bands. Playing everywhere between hole-in-the-wall bars across the United States to the stage of Ozzfest, Life’s path took one turn after another and he ended up living in Da Nang, Vietnam. It was there, while spending two years writing and building guitars, that his most clear creative vision emerged. While rooted in the wall-of-sound guitars of his desert contemporaries, the music expressed a new and unique voice, meriting a return to California to realize it’s full potential. With the help of a handful of favorite players he had come to know, he’s been recording and performing his downtuned and charismatic take on rock and roll, simply as... Life Leone."

Life Leone is a 'desert-rock' band from Lucerne Valley, California that takes it's name from their main songwriter. The band is currently on tour and unfortunately a Pittsburgh date fell through but hopefully that will be resolved on the next tour. In the meantime, check out the fantastic debut "Comes Crashing In" as I thank Life himself for taking a few minutes to participate in this edition of First/Last.

The first album you ever bought?
“Appetite For Destruction”.


Favorite album of all time?
“Sky Valley” by Kyuss.


Last concert?
Since we're on tour, there are new bands for me to watch every day... but the last show I bought tickets for was Delta Spirit.


Least favorite concert?
I can't bring myself to say the name, but I recently bought tickets to see a very hyped upcoming guitarist/singer, and he played the whole show sitting in a chair. I actually left early... I'm not trying to pay $40 to watch someone just sit there and play the songs...

Any thoughts, experiences about Pittsburgh?
I'll be honest - never been. But it sounds dirty, and I like that.

Thanks, Life. Totally bummed Pittsburgh didn't work out this time. Hopefully next swing out you'll experience our 'dirty' town.
Posted by Hughshows at 5:46 AM