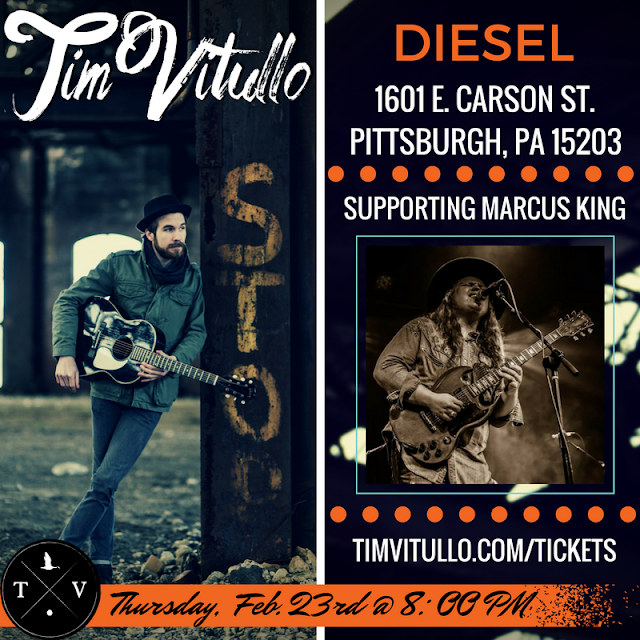 "With his latest statement, Vitullo mixes the best of his blues, rock, and pop influences to present a dozen examples of "adult alternative album rock." Songs like “Josephine” are concise and accessible with a smooth delivery and a sly sense of humor. Ballads “Letters” and “A Different Kind of Blue” are earnest experiments in confessional-style songwriting flanked by dense vocal and horn arrangements. Further, burners “Interstate Jesus,” “Black & White Wonderful,” and “Pretty Good” flash the guitar prowess that has been Vitullo’s calling card since his earliest musical ventures."

Tim Vitullo is a Pittsburgh singer-songwriter who is currently working on a follow up to his debut full length Josephine & Assorted Train Songs from 2015. He will be opening up the night this Thursday (2/23) for The Marcus King Band at Diesel on the Southside. I want to thanks Tim for taking the time to participate in this edition of First/Last. 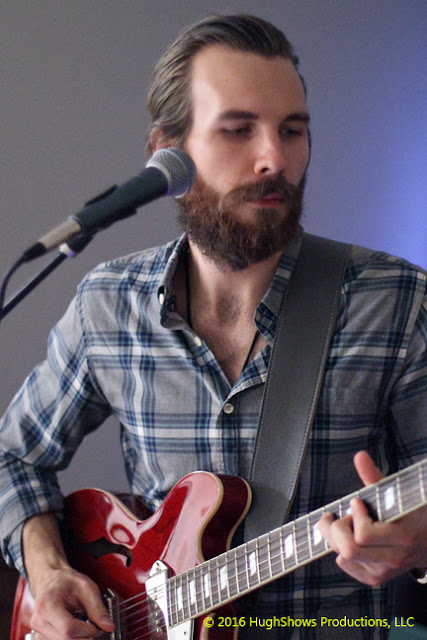 The first album you ever bought?
Tubthumper by Chumbawamba. We all have dark secrets in our pasts.

Your last album bought?
I just went on a shopping spree at LUNA, an ultra-rad record store in Indianapolis, over the holidays and snatched some old favorites for my collection. They were: Trace (Son Volt), Magnolia Electric Co. (Songs: Ohia), Seven Swans (Sufjan Stevens), Real Animal (Alejandro Escovedo), Yoshimi Battles the Pink Robots (The Flaming Lips), and Weezer (Blue) (Weezer).
While I didn’t buy it, someone was kind enough to gift me a repressing of Pink Moon by Nick Drake that same day about which I’m all kinds of giddy.

Favorite album of all time?
Each time someone asks me this question I break out in a panic and cold sweat. It’s my own personal “immovable object versus the unstoppable force” debate. Ha!
That said, if I must pick just one album to take the top spot, I pick Paranoid by Black Sabbath. Hearing that record for the first time was the cataclysmic event that made me want to become a guitarist!

Least favorite/most disappointing album?
That new Dawes album, We’re All Gonna’ Die, wasn’t my speed. I was excited to hear what Duane Betts would add to the group in the studio, but this record eschews the band’s and his strengths for genre exercises and experiments. Here’s to hoping for more Americana and less electronic funk in the future. First concert attended?
‘Weird Al’ Yankovic in Myrtle Beach, SC with my dad, uncle, and cousin. It was 500% cooler than anything 10-year old me could have ever imagined.

Last concert?
A punk rock show at Mr. Roboto Project! Distant Futures, our friends, were on the bill with some other out of town acts.

Favorite concert ever?
Ever? That’s a tough one too...
Americanafest in Nashville this past year was most excellent, but I don’t think that’s fair to count it as just one “concert.” I attended Eric Clapton’s last Crossroads Guitar Festival at Madison Square Garden, but that similarly seems like cheating to pick.
I suppose it would have to be My Morning Jacket at Terminal 5 in 2011. They played the entirety of their album Z that night. My friends and I had specifically chosen this show, although there was some serious debate about making the pilgrimage the day before to see and hear all of It Still Moves instead.
I will forever have one image burnt into my mind from that concert. Just as the band dug into the bridge of “Gideon,” an eruption of neon green, blue, and pink glowsticks spewed into the air from the center of the crowd. They rained down upon us as Jim James and Carl Broemel unleashed their twin guitar fury and brought the song to a climax. I know not the who, why, or how attached to that event, but it was one of those special moments when a band, their music, and a room full of humans became something more than the sum of the parts.
Just when I thought things couldn’t have gotten any better, Carl Broemel gave a saxophone masterclass during a cover of George Michael’s “Careless Whisper” in the encore. It was decidedly awesome.

Least favorite concert?
Gary Clark Jr. was disappointing last summer. I’ve seen him burn down arenas single-handedly before and this was underwhelming. The set list and his playing left me cold. Everyone has off nights though, so forgive and forget.

Favorite thoughts, experiences about Pittsburgh?
Pittsburgh is my home! I was born and raised here!
It’s been inspiring, albeit unplanned, to be a resident witnessing the changes taking place in Pittsburgh and the surrounding areas over the past few years. The amount of art, food, and technology filing into town lately is exciting. There’s never been a more fun time to be a ‘Burgher (except maybe 1979). I’m proud to call this is my city.
Oh, and let’s go Bucs!


Thanks, Tim. It's weird when an artist you have seen before have an 'off night' for whatever reason. There is no explanation, but something just doesn't feel right. And next time you see them, they kick ass! I am glad to hear you won't hold that against Mr. Clark.
Posted by Hughshows at 1:36 PM No comments: 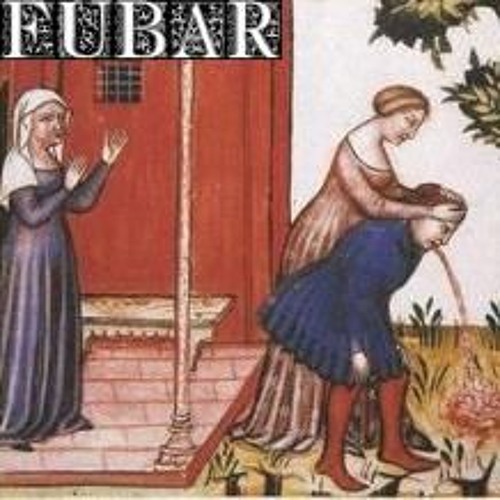 "FUBAR has been developing new original music as a full band since September 2011. They have released a DEMO (3 songs), THE FREE EP (7 songs), and a LIVE album from their winning performance at the Battle of the Bands entitled, “Fuck It… We’re Doin’ It Live” (8 tracks). All of these early recordings are self-produced with the help of drummer Dave Cochran, and friend Ben Geiger. They also released the full-length ALL DAY!! album in April of 2014. This album and all singles since were all entirely produced by Dave Cochran.
In 5 years as a band FUBAR has never been late, cancelled or called off from a single show. Looking forward to 5 more years!"

FUBAR is a punk rock band from Pittsburgh who have incorporated tinges of reggae into their sound since forming in 2011. Check out the band latest single "Everybody" and keep an eye out for them as they play around town often. I want to thank Jake Hursh (Guitar/Vocals) for taking the time to participate in this edition of First/Last.

The first album you ever bought?
Embarrassingly, Blink 182 Enema of the State.


Favorite album of all time?
Tough question but I'd have to say Sublime 40 Oz. to Freedom.


Least favorite/most disappointing album?
I was slightly disappointed with Days Go By by the Offspring.


First concert attended?
AFI, Strike Anywhere and the Explosion at the Metropol.


Last concert?
NOFX at the House of Blues and Atmosphere in Pittsburgh.


Favorite concert ever?
Toss-up between the Summer Nations Tour of Offspring, Pennywise, Bad Religion and the Vandals or the 2004 Warped Tour.


Least favorite concert?
I've been to so many and love them all but I was a bit disappointed in Pepper's live performance at the Altar Bar.


Favorite thoughts, experiences about Pittsburgh?
We have played all over greater Pittsburgh in the last 5 years and met some great musicians and some very cool people. Playing music in Pittsburgh has allowed us to open for some of our favorite bands and artists and led to so many nights of endless fun. We would like to encourage people to go to some of the smaller bars and venues in and around Pittsburgh and check out some of the local original talent in the area. You'll be pleasantly surprised with what you might find!


Thanks, Jake. A big YES on going out to the smaller bars and clubs to discover great local music. Believe it or not, I have been known to do that over the years.
Posted by Hughshows at 10:00 AM No comments: 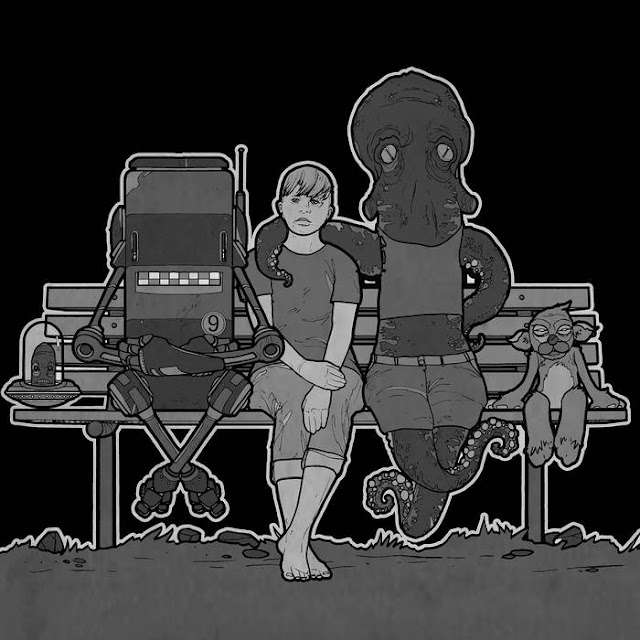 "To my dad Joe Hale for letting me use his practice space as a studio space and letting me drink his beers and always emptying the dehumidifier and also for instilling a love of writing music and giving the middle finger to the man."

Swampwalk is the handle of synth folk Pittsburgh songwriter Anna Hale who is your modern day one woman band. With an arsenal of pedals, tables and electronic doo-dads, Anna cranks up the volume and shreds her guitar making the uninitiated a quick fan. I want to thank Anna for taking the time to participate in this edition of First/Last. 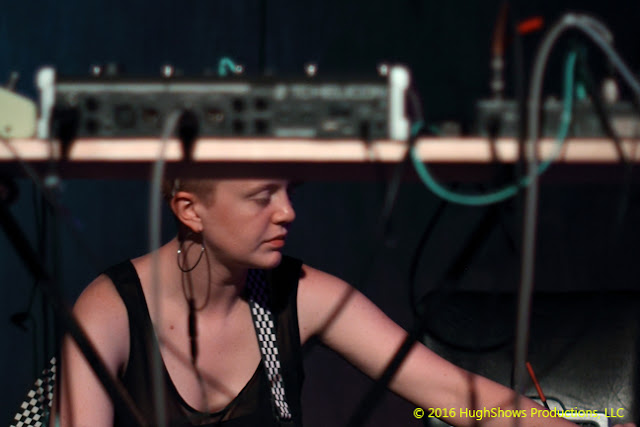 The first album you ever bought?
Can’t say I remember the first full album I bought. Luckily I have a cool dad and a cool older sister, but I do know that Natalie Imbruglia’s “Torn” single was my first cassette purchase and my first CD’s were singles too – “My Heart Will Go On” by Celine Dion and “How Do I Live?” By LeAnn Rhimes.


Your last album bought?
The new Jens Lekman Life Will See You Now cassette arrived in the mail today!!


Favorite album of all time?
TOUGH. AHHH!!! I’ve really come to love everything Stevie Wonder in my later years and I never get tired of Innervisions. Most played might be Lifted by Bright Eyes though...


Least favorite/most disappointing album?
Aw, if you made an album I’m proud of you.


Least favorite concert?
Lol, I’ll never tell! Well, I guess I was in NYC one year for new years eve and paid 50 bux for DJ’s who dropped us into dead air a couple times. Smh, they’re lucky I don’t remember their names. LOL. Also, any concert where jerky dudes have said mean/dismissive stuff to ladies on the bill.

Favorite thoughts, experiences about Pittsburgh?
The trees, the rivers, the trails, the good people, all the activists and unsung heroes who work all the time to make Pittsburgh cool and “livable,” hearing someone proudly describe what a pierogi is, or what yinz means, all the cool characters.
Once a kid got excited that I was Swampwalk at a Circle K and I don’t think anything can top that for me. Oh, Pittsburgh.

Thanks, Anna. Full disclosure to the readers out there, I have known Anna since she was a baby having worked with her father in the 90's and it is amazing to see her make her mark in the Pittsburgh DIY music community. When I put two and two together and figured out she was Swampwalk, I was just as excited as that kid at Circle K!
Posted by Hughshows at 7:58 AM No comments: