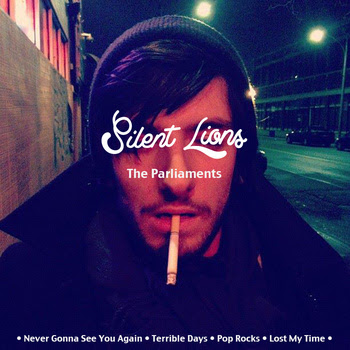 Check out the band at BandCamp, Facebook, and Tumblr. The Toledo duo cross the border to Pittsburgh tomorrow night for a house show with The Breathing Light, PANTS, Cerebral Apophysis and Shiff. The debuted their brand new video yesterday which you can check out below.


My thanks to Matt Klein (Drums) for taking the time to participate in this edition of First/Last.

The first album you ever bought?
Metallica “Black Album”.


Your last album bought?
TV on the Radio, “Nine Types of Light”.


Least favorite/most disappointing album?
I push those memories into my 'dark place'.


First concert attended?
The Turtles, at Disney World. They are great, but I didn't know it yet.


Favorite concert ever?
I'm a big U2 fan, so it was amazing to finally hear the 'New Year's Day' bassline in person. Vertigo Tour in Chicago.


Least favorite concert?
I will not do lawn seats...what's the point? I need to feel it.


Any thoughts, experiences about Pittsburgh?
I once got lost in downtown Pittsburgh because a parade or fest was happening. Missed my friends' wedding! So just hoping to making it to our gig on time.

Thanks, Matt. Watch out for that parade (or festival) traffic on Saturday. It's Pittsburgh, there always seems to be one happening here.
Posted by Hughshows at 7:30 AM No comments: 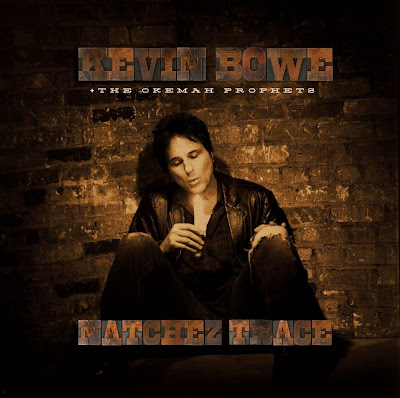 "The Okemah Prophets (Oh-kee-mah) are a band out of Minneapolis, led by singer/songwriter Kevin Bowe. Bowe has a long history as a guitarist/writer/producer, landing 3 platinums and songs on 2 Grammy winning albums working with Paul Westerberg, Jonny Lang, Kenny Wayne Shepherd, Etta James and others. The Okemah Prophets are what happens when he’s singing and playing his own songs….their live shows are a reminder that American rock and roll will always be cool, no indie rock posturing needed here, just soul, songs and a 3 piece band to play them."

Check out Kevin and the band at the official Website, Facebook, Twitter, and MySpace. They swing into Pittsburgh tomorrow night night in support of their fantastic, latest release, "Natchez Trace", on a bill with Melinda Colaizzi. My thanks to Kevin for taking a few to participate in this edition of First/Last.

The first album you ever bought?
Taj Mahal, "Ooh So Good 'n' Blues" but it went downhill from there….

Favorite album of all time?
Stones’ "Exile On Main St." and Replacements’ "Pleased To Meet Me".

Least favorite concert?
Quarterflash left something to be desired in retrospect. But it was only 92 cents so whatever.

Any thoughts, experiences about Pittsburgh?
I played the Club Cafe once before and had a great time, looking forward to seeing Melinda and her band too, I've produced them here in Mpls.

Thanks, Kevin. Dig the Pittsburgh connection to Melinda. Should be a sweet show.
Posted by Hughshows at 7:30 AM No comments: 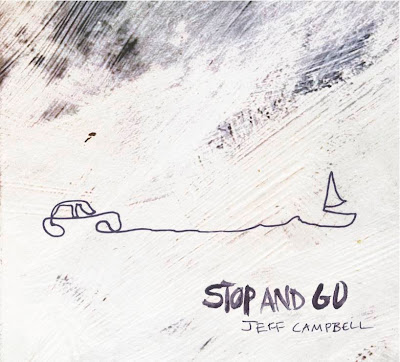 "A Philadelphia native, Campbell moved to San Francisco in 2004 specifically for the newer Rock scene he had heard was developing. After a few years of trying to balance learning the West Coast Music Scene with his day job, the job was cast aside in favor of full time touring, writing and recording for a living. Early 2012 saw the release of Campbell’s first-ever acoustic album, "Stop and Go". With this album, Jeff fulfilled his promise to stay true to his songwriting style but also test some boundaries with production, approach and style. "Stop and Go" also boasts guest performances from several of the Bay area's finest musicians, including Megan Slankard, Brad Brooks, Austin Wilacy and James Deprato. A live, in-studio DVD reproduction of the full album was recorded at Coast Recorders in SF and released in late 2012."

Check out Jeff at his official Website, Facebook, Noisetrade, Twitter, BandCamp and YouTube. He hits the area on Friday in support of his latest release, "Stop and Go". My thanks to him for participating in this edition of First/Last.

The first album you ever bought?
WITH MY OWN MONEY? METALLICA - ...AND JUSTICE FOR ALL. WHEN I WAS A KID, MY FOLKS BOUGHT ME A BUNCH OF CASSETTES, IE... TEARS FOR FEARS, ELP, MICHAEL JACKSON.


Favorite album of all time?
CAN'T PICK ONE. MY DESERT-ISLAND-TOP 5 (JUST COULDN'T LIVE W/O THEM) IS: BEATLES – REVOLVER, PINK FLOYD - DARK SIDE OF THE MOON, BEASTIE BOYS - CHECK YOUR HEAD, METALLICA - MASTER OF PUPPETS, RADIOHEAD- OK COMPUTER. THEY'RE ALL PERFECT FROM START TO FINISH.


Least favorite/most disappointing album?
WAS REALLY BUMMED OUT BY METALLICA - ST. ANGER, BUT I THINK ALOT OF PEOPLE WERE. IT WAS JUST "FORCED".


Favorite concert ever?
ALL IN? RADIOHEAD - OUTSIDELANDS, SAN FRANCISCO, AUG 2008, ALTHOUGH I'VE SEEN PEARL JAM OVER 30 TIMES AND COULD NAME A FEW GOOD ONES THERE TOO (STATE COLLEGE, PA - MAY 2003 COMES TO MIND). ALSO, EVEN THOUGH I WASN'T ACTUALLY THERE, THE LED ZEP REUNION SHOW FROM LONDON 2007 THAT'S RECENTLY BEEN RELEASED ON DVD AS "CELEBRATION DAY" IS MOVING TO THE POINT OFT TEARS.


Least favorite concert?
I WALKED OUT OF A HUM SHOW AT THE TLA IN PHILADELPHIA IN THE LATE 90s. I COULDN'T HAVE BEEN MORE BORED. THEY WERE SLEEPING ONSTAGE.

Any thoughts, experiences about Pittsburgh?
GREAT CITY. CLEAN, WONDERFUL PA PEOPLE (I GREW UP IN PA, SO I'M BIASED).

Thanks, Jeff. 30 PJ shows? Are they called 'Jamheads'? If so, you definitely qualify! 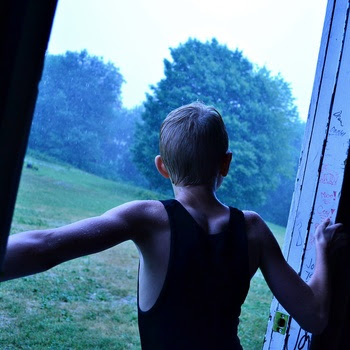 "Eriksson is a musical project from Scott McGough, combining mellow acoustic music with layered vocals and ambient noise into songs borne of being a young person in a boring Western PA suburb. The latest Eriksson effort, Boy On A Leash, is intended to be a good album to do nothing in the dark and fall asleep to."

Check out the band at Facebook, BandCamp, Last.fm and Tumblr. I was trolling BandCamp for Pittsburgh music and this latest release had me at the tags "acoustic, ambient, folk, indie, noise, punk, sleep". 'Nuff said. My thanks to Scott McGough (Everything) for taking a few minutes to participate in this edition of First/Last.


Favorite album of all time?
“Brother, Sister” by mewithoutYou.


Least favorite/most disappointing album?
I really couldn't narrow it down to one album that I like less than any others. That's a pretty tough title to earn.


Favorite concert ever?
It's tough to call a favorite show ever...maybe Thursday with Touche Amore and 6 other bands last November. Sincerity Fest this year, or one of the mewithoutYou shows I've seen at Small's.


Least favorite concert?
I saw Terror in March and it was a trainwreck. Everything was really delayed, I wasn't into any of the other bands, the venue was unprepared, and I had to leave a couple songs into Terror's set to catch Native at the Moose.

Favorite thoughts, experiences about Pittsburgh?
I live in a lame suburb of Pittsburgh called Cranberry, and I feel so much better in general when I'm in the city. More specifically, the music scene in Pittsburgh is incredible. Whether you're into hardcore, twinkly emo bands, folk, whatever, there's probably a cool little show to check out in town on any given night. The community of musicians and fans in Pittsburgh is wonderful, as well. I've met tons of really quality people through music in this city that I'm so grateful to have in my life.

Thanks, Scott. Would be cool to see you play. Keep me updated of any shows coming up.
Posted by Hughshows at 7:30 AM No comments: