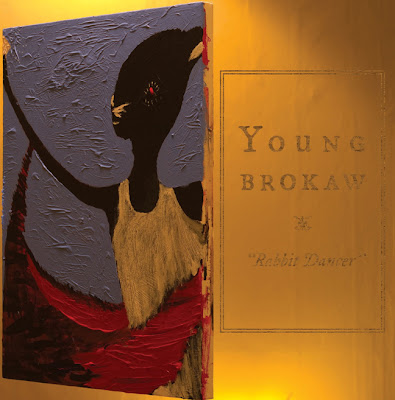 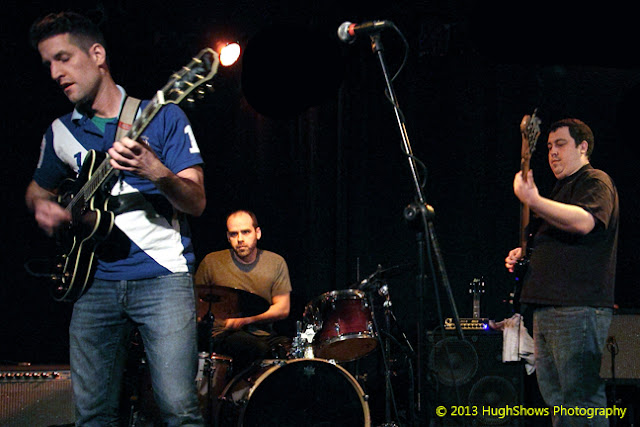 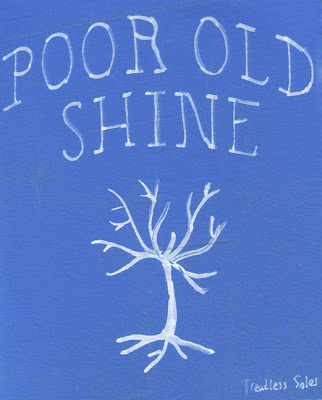 "From their handpainted cereal box cd cases to their thoughtful arrangements, Poor Old Shine, a Roots/Americana band from Storrs, CT is about honesty and hand crafted creativity. It's foot stomping, mind racing, dirty, down home Americana. They travel with an assortment of instruments including guitars, banjos, pump organ, mandolin, string bass, musical saw, washboard, and a yard-sale-scrap-metal drum set. It’s old songs with a new feel, banjos with paint peeled, shoes with holes and treadless soles, and music that is real.
The music is rooted in the folk and Appalachian mountain music tradition and fits in well at bluegrass festivals and sticky rock clubs alike. They have been compared favorably to The Band, John Prine, and Johnny Cash. Each set mixes the band's original songwriting with traditional folk ballads, prison work songs, and front porch style jamming."

Check out the band at their official Website, Facebook, BandCamp, YouTube and Twitter. The band stops in Pittsburgh this Wednesday night, touring behind their debut EP release, "Treadless Soles", with support from locals The Unknown String Band. I want to thank Harrison Goodale (Bass) and Chris Freeman (Banjo) for taking the time to participate in this edition of First/Last.

Least favorite concert?
Harrison: Creed at Mohegan Sun.
Chris: Radiohead at Bonaroo, only because I was so tired from being up all day and I slept through it.

Any thoughts, experiences about Pittsburgh?
Harrison: The hills remind me of West Virginia, and the landscape is beautiful.
Chris: Haven’t spent too much time there, but we did survive that crazy thunderstorm last June on our way up to Michigan. We are looking forward to playing in Pittsburgh.

Thanks, fellas. Lovin' the music. You had me at 'old-timey'!

Posted by Hughshows at 6:14 AM No comments: 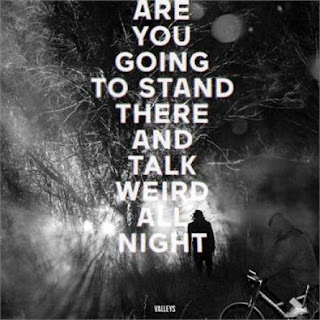 "From its inception, Valleys has been always changing. From the quiet and exploratory preliminary years to the stormy experimentation of recent works, the duo has always had one foot in the pop realm and the other in the dirt. Are You Going To Stand There And Talk Weird All Night? is the result of a year’s worth of writing through unexpected loss and spiritual recovery. Working with meditative and spatial elements, Valleys aims to blur the lines between noise, melody, repetition and space results in a dark, mysterious and cinematic quality to their sound. "

Check out the band at their official Website, Facebook, BandCamp and Twitter. They play Pittsburgh tonight at 6119 on a bill with Sleep Experiments and Yxu in support of their soon to be released, "Are You Going to Stand There And Talk Weird All Night?". I want to thank Marc St. Louis for taking the time to participate in this edition of First/Last.

The first album you ever bought?
'Flashdance' OST on tape.

Favorite album of all time?
That's too difficult.

Least favorite/most disappointing album?
So many to choose from...

Favorite concert ever?
Swans in Montreal 2010.

Least favorite concert?
So many...

Any thoughts, experiences about Pittsburgh?
First timer. Can't wait to see the place. 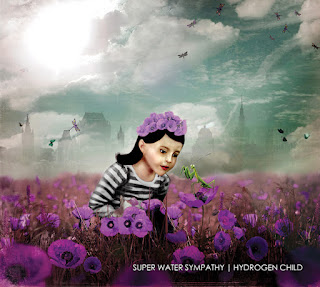 "Louisiana phenoms Super Water Sympathy are releasing their highly anticipated second full-length album, Hydrogen Child, which is the next chapter in the development of their self-made genre Water Pop…a synthesis of classic symphonic ambience with modern rock’n’roll anthems. These new songs confirm the undeniable talents of this five-piece band who have been packing Southeast venues for the past few years. Super Water Sympathy’s debut album, Vesper Belle , was released in 2011 and two tours of the United States followed. The band also lent their writing & production skills to B.O.B’s Strange Clouds with the track “Chandelier” and Vesper Belle ‘s songs were heavily featured on the MTV series “Caged”. In the summer of 2012, before heading out to perform on the highly-coveted Vans’ Warped Tour, the band flew to London to record with producer Cam Blackwood (Florence + The Machine, Coldplay, Morrissey), and emerged with the 12 new songs which make up Hydrogen Child."

Check out the band at it's official Website, Facebook, Twitter, iTunes and YouTube. The band's second full-length, "Hydrogen Child", dropped this week. My thanks to guitarist Clyde Hargrove for taking a few minutes to participate in this edition of First/Last.


Your last album bought?
I bought Badly Drawn Boy, “The Hour of the Bewilderbeast”.


Last concert?
Irene and the Sleepers in Shreveport.


Favorite concert ever?
The Doves in Austin in 2002.

Any thoughts, experiences about Pittsburgh?
Pittsburgh is a vital landmark in America that breathes and beats with blood and dirt and rock and water. Without this great city and its people, America would merely be a restaurant without a foundation.

Thanks, Clyde. Been digging the album for awhile now. How about an upcoming Pittsburgh date soon?
Posted by Hughshows at 7:30 AM No comments: