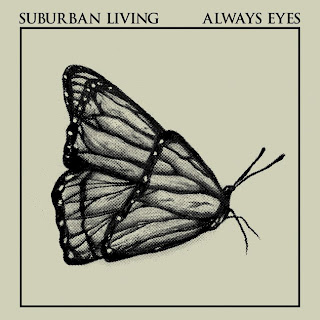 "Wesley Bunch started writing music under Suburban Living in 2010. Textual Synths and dreamy guitars. Come get lost in the sauce."

You can check out the band's official Website, Facebook, BandCamp, SoundCloud, Last.fm and Twitter. The band releases it's latest offering as a 7" called "Always Eyes" via Dialog Records tomorrow. My thanks to Wesley Bunch for taking a few minutes to participate in this edition of First/Last.

The first album you ever bought?
I think it was either Jamiroquai, “Travelling Without Moving” or the ‘Men In Black’ Soundtrack. Either way, they're both kinda embarrassing.


Your last album bought?
It was bought for me, but it was Mac DeMarco's “2”. Great record. Some of my friends make fun of me for liking Mac. I think they're wrong.


First concert attended?
Incredibly embarrassing. I think it was some awful mega concert presented by the local crap rock radio station in town. I remember that Linkin Park was playing. Sorry…


Last concert?
I saw some bands at SXSW when we were playing. Not sure who I saw last, but I saw this band Fear Of Men. They were awesome. So was Surfer Blood.


Favorite concert ever?
My Bloody Valentine in a relatively small club in Richmond, VA. I think it was in 2011 or 2010.  Whichever year they reunited for the first time.


Least favorite concert?
When I was in high school I was really into this band called mewithoutYou. I saw them in my hometown open up for Say Anything. I didn't want to stay for Say Anything, but the person who rode me there really wanted to see them. It was incredibly awful. mewithoutYou were awesome, but the crowd full of 14 year old girls didn't get it. There was also people heckling them during their set.  I just remember being angry and not having a good time, hah.

Any thoughts, experiences about Pittsburgh?
I've never been to Pittsburgh, but would love to come play a show there. I've heard it's foggy and rainy a lot. From a distance it looks like Gotham City? Dunno. Would love to find out for myself.

Thanks, Wesley. Hopefully that planned Pittsburgh gig pans out. Definitely let me know if you are coming.
Posted by Hughshows at 6:05 AM