Image of the Day-Broken Fences 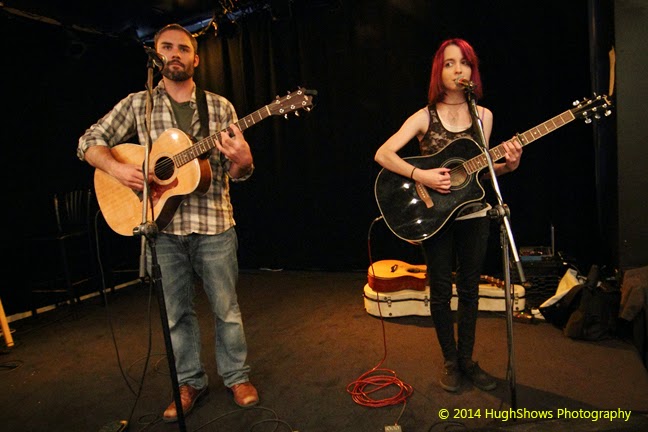 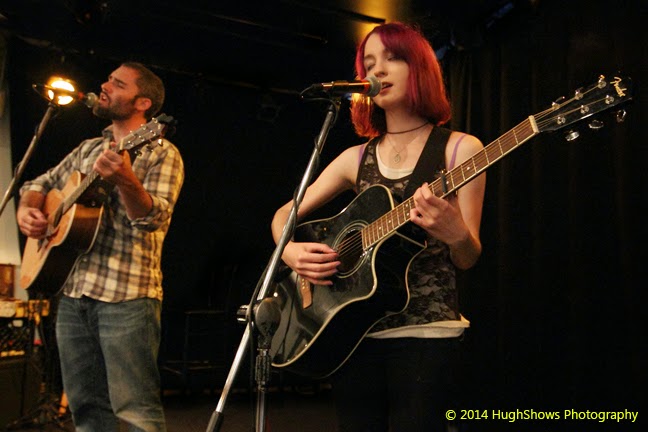 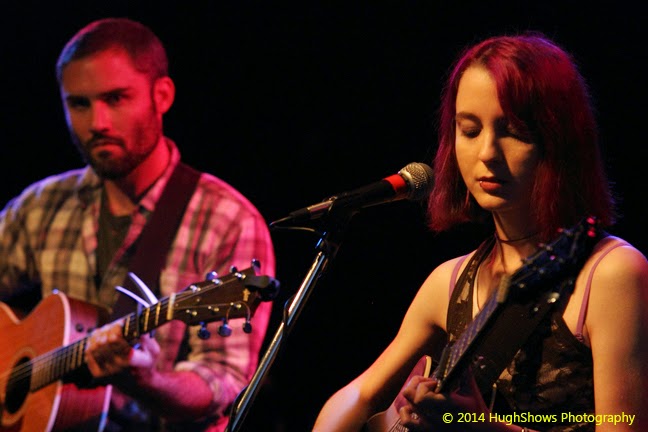 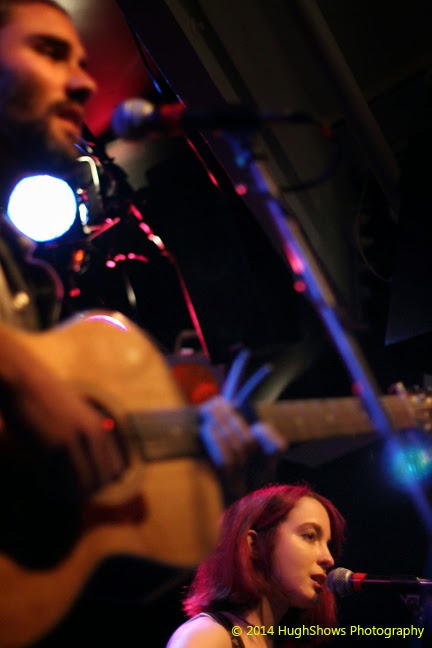 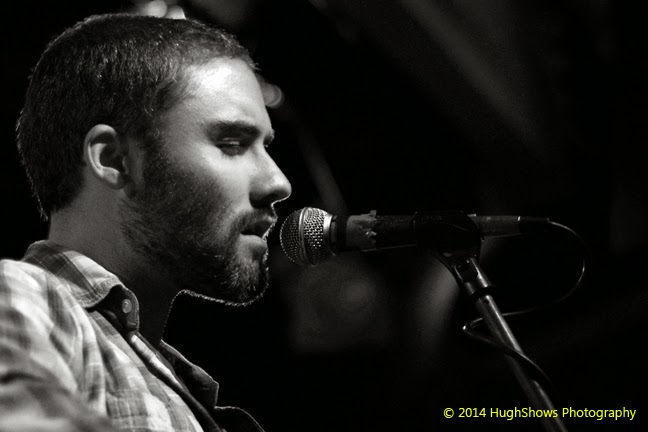 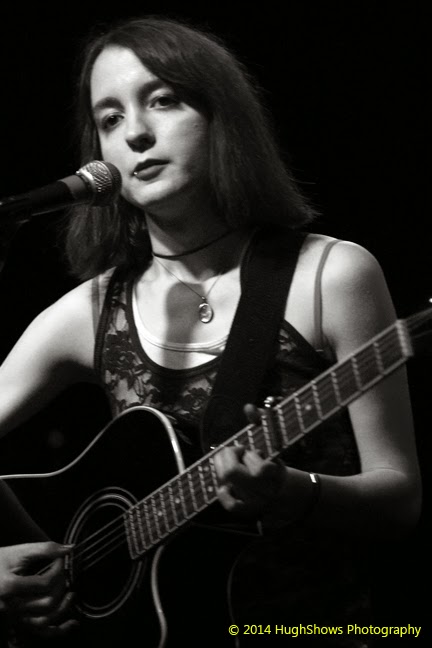 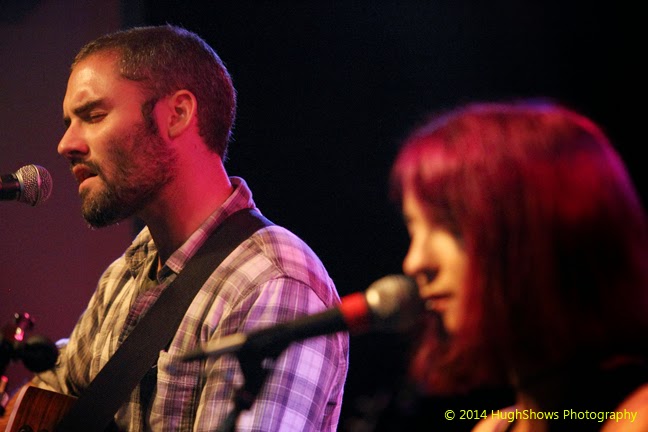 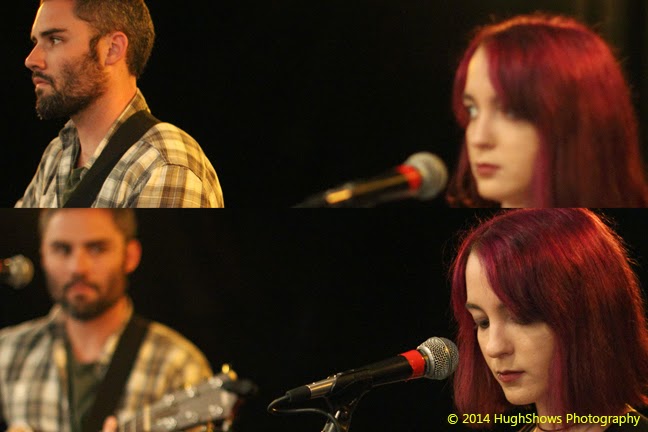 Posted by Hughshows at 10:00 AM No comments: 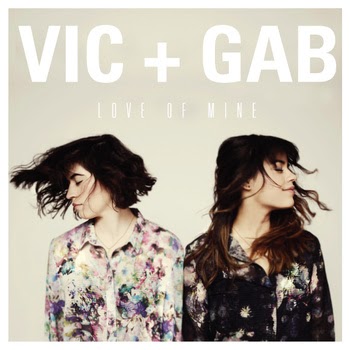 "Vic and Gab are a song writing sister duo who play mesmerizing, grooving and powerfully catchy indie pop. The band took off in early 2011 with an opportunity to have a song featured on MTV's fleeting teen series Skins and have since made a momentous amount of headway in their career."

The sibling hit Pittsburgh tonight at The Smiling Moose for the all-ages early show, touring behind their latest effort. "Love of Mine". I want to thank Victoriah Gabriela (Electric Guitar/Keyboards/Vocals) for taking the time to participate in this edition of First/Last.

The first album you ever bought?
First album that I bought with my own money… “Room for Squares” John Mayer.


Favorite album of all time?
I can't decide pretty much any John Mayer album except “Born and Raised”.


Favorite concert ever?
RUSH ‘Snake and Arrows Tour’ at Summerfest.


Least favorite concert?
Phantogram I like the band! I guess I just had a headache that night.

Any thoughts, experiences about Pittsburgh?
I've never been to Pittsburgh so I don't know much about it. But for some reason a lot of friends from Texas love the Steelers which is weird considering its home to the Dallas Cowboys. I am really looking forward to our show at the Smiling Moose and meeting some Pittsburgh locals.

Thanks, Vic. I am am really surprised there is any Steelers love whatsoever in Texas. You would be very hard pressed to find any Cowboys affinity here at all.

FTC Disclosure: This post contains affiliate links. If you make a purchase after clicking on a link, I receive a small commission at no extra cost to you. The links helps to support this site and will allow me to keep writing about local music.
Posted by Hughshows at 5:22 AM No comments: 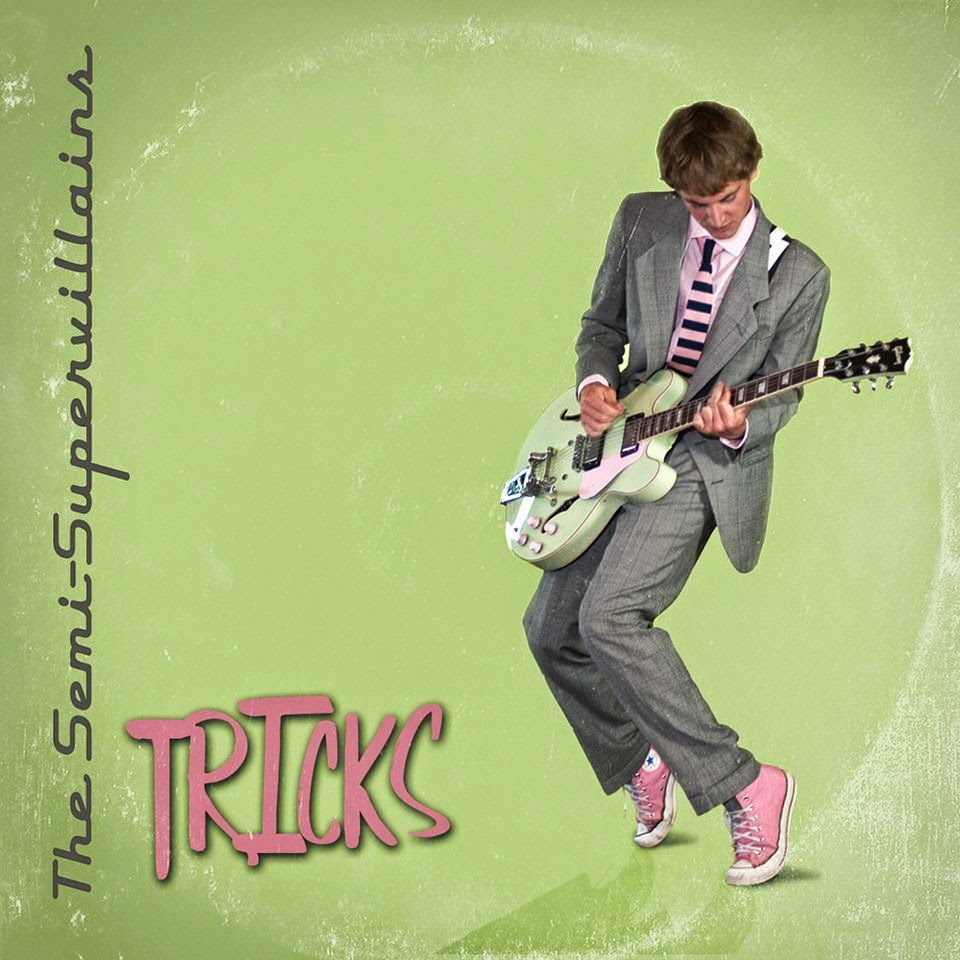 "This four-piece band from Duquesne University is made up of Vinnie, Ron, Kyle and Jake.. However, the recordings also feature talented musicians such as, John Pennacchio, Tony Marino, and Anthony Rankin. Rick Witkowski at Studio L does the recordings and production. The group actively plays shows and has held the stage at popular venues in their hometown of Pittsburgh PA. The band's song "Black Letter" is used by the Pittsburgh Pirates during home games."

The Pittsburgh based rock band is gaining momentum as they frequently play all around town. I want to thank Vinnie Longhi (Guitar/Vocals) and Ron Rekowski (Bass) for taking the time to participate in this edition of First/Last.

The first album you ever bought?
Vinnie Longhi: The Black Keys “Attack & Release”.
I never needed to buy much. My dad has this monster CD collection that I would always pull things from.
Ron Rekowski: Buying too many albums over the years has made this one difficult to answer. Growing up, I listened to a lot of rock radio in the late 90s and early 2000s. Probably the first album I made a point to go out and buy was Nirvana's “In Utero”.


Your last album bought?
Vinnie: Technically a free download… Foxy Shazam “Gonzo”.
Ron: “Splinter” by Gary Numan. It came out in October and it is, in my opinion, easily the best album to come out in the last few years.


Favorite album of all time?
Vinnie: “High Voltage” AC/DC.
Ron: Pink Floyd's “Dark Side of the Moon”. It might be a bit of a cliché answer, but there a few other albums that I can listen to all the way through and pick up on something different every time. It's hard not to get sucked into it for the entire length of the album. Others that I listen to all the way through are Radiohead's “Ok Computer”, Tool's “10,000 Days” and Queens of the Stone Age's “Songs for the Deaf”.


Least favorite/most disappointing album?
Vinnie: “Creed”.
Ron: Incubus “If Not Now, When”. I am still a huge Incubus fan and I believe their live performances are better than ever, but the latest album had no real standout tracks and was just too slow for me. The album is missing the eclectic riffs and clever lyrics that make every other Incubus album fantastic.


First concert attended?
Vinnie: Aerosmith on the ‘Honkin on Bobo’ tour. I was twelve. Aerosmith is awesome when you're twelve.
Ron: Ozzfest 2006 with my dad. We got to see Ozzy play as soon as we arrived. System of a Down was headliner and they put on an exciting performance. It was their last tour before going on hiatus.


Favorite concert ever?
Vinnie: JJ Grey & Mofro, Virginia Beach 2010. Stumbled into this really cool hole in the wall club. Didn't know what to expect. Changed my life forever.
Ron: The Semi SuperVillains opened for Living Colour at the Altar Bar in November. My jaw was practically dropped to the floor for the entire show, I could not believe how each member of that band go up there on stage and played as hard as they could for over two hours without stopping. Doug Wimbish is  one of my favorite bass players, and his bass solo sounded amazing. The musicianship of the rest of band, especially Vernon Reid, kind of goes without saying. Opening for them was a real honor for me because they are one of my favorite bands.


Least favorite concert?
Vinnie: The Black Keys at the Consol April 2013. Not an arena band. First and only time I've ever saw them. I brought my friend from the Akron area. She had already seen them on that tour and wasn't too thrilled to see them a second time. I went in with high hopes and came out disappointed. Also, I got free tickets to go see Creed once. Now I know why the tickets were free.
Ron: I saw Nickelback a long time ago when they came to Pittsburgh with Three Days Grace. The sound for Three Days Grace was very disappointing and Nickelback's performance felt so canned. Between every song, Chad Kroeger screamed at the audience to get everyone riled up but it just fell on deaf ears. When you're a rockstar living in a hilltop house and driving fifteen cars then I guess you've earned the right to do whatever you want.


Favorite thoughts, experiences about Pittsburgh?
Vinnie: I've been living downtown for four years now. A lot of great music in the area. I keep hearing new local bands that are really cool. Probably too cool for us unfortunately. We keep playing nevertheless.
Ron: I've lived in the Pittsburgh area all my life. I grew up in the North Hills but now live with friends at Mt. Washington. My favorite thing about Pittsburgh is all of the city's distinct neighborhoods. A lot of people who come to Pittsburgh to visit or go to school here usually only see the South Side, Station Square or Oakland, but miss out on all the cool stuff in Pittsburgh's other areas like Bloomfield, Polish Hill, Garfield, Highland Park, East Liberty or Squirrel Hill.

Thanks, fellas. You are so right, Ron. The diverse culture in our lesser known neighborhoods is really what makes this city special.

FTC Disclosure: This post contains affiliate links. If you make a purchase after clicking on a link, I receive a small commission at no extra cost to you. The links helps to support this site and will allow me to keep writing about local music.
Posted by Hughshows at 7:30 AM No comments: 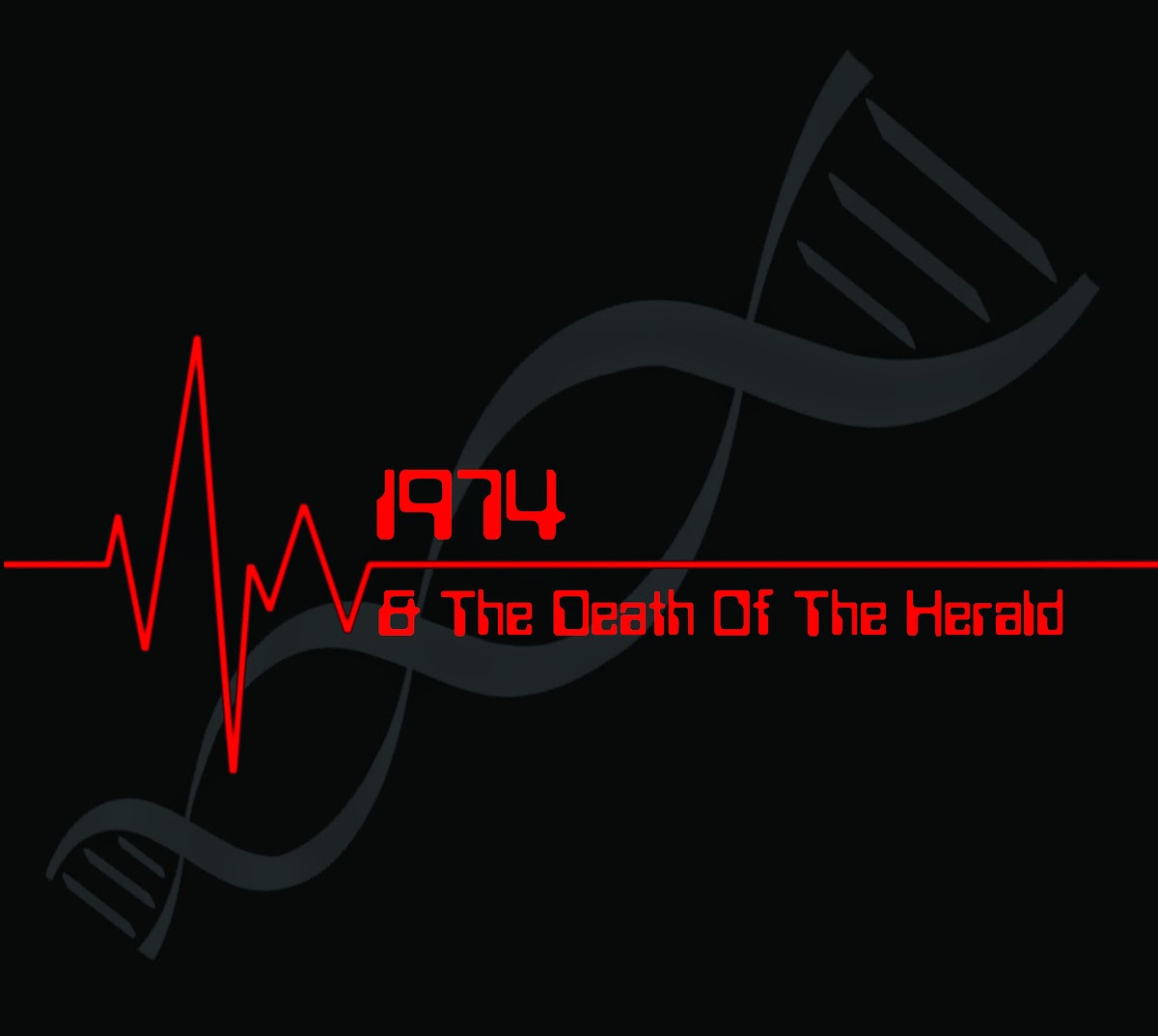 "Hailing from Newington, Connecticut, 1974 is a 5 piece original rock band that conjures up the memories and sounds of classic stadium rock bands from the 70’s such as Yes, Kansas, Rush, Deep Purple, and Pink Floyd. Since 2007, the band has been awing audiences with powerful guitar driven riffs, Beach Boy-style vocal harmonies, catchy melodies, and high energy stage shows."

The band was recently featured on the Paste 50 States Project and Connecticut on the strength of their debut album, "1974 & The Death of the Herald". I want to thank Gary Dionne (Bass/Vocals), Adam Clymer (Guitar), Mike 'Forgy' Forgette (Guitar/Vocals), Angela Rhea Piccoli (Keys/Vocals) and Tim Moore (Drums/Vocals) for taking the time to participate in this edition of First/Last.


Favorite album of all time?
Gary: The Postal Service “Give Up”.
Clymer: (Tie) Ben Folds “Rockin' the Suburbs” & Pink Floyd “Dark Side of The Moon”.
Forgy: The New Pornographers “Twin Cinema”.
Angela: The Front Bottoms “Talon of The Hawk”.
Tim: Yes “Live at Montreaux”.

Any thoughts, experiences about Pittsburgh?
Forgy is the only one that has been out there. However, we want to get out there to play as soon as we can. His fiancé went to grad school at Carnegie Mellon. They loved the fact that even though it is a city it has a college town feel to it. Clymer has passed through Pittsburgh
once or twice in his travels. Great city. The band is truly excited to get out there and play.

Thanks, guys. Would love to have you play here. Please let me know if this is a possibility.

FTC Disclosure: This post contains affiliate links. If you make a purchase after clicking on a link, I receive a small commission at no extra cost to you. The links helps to support this site and will allow me to keep writing about local music.
Posted by Hughshows at 6:01 AM No comments: 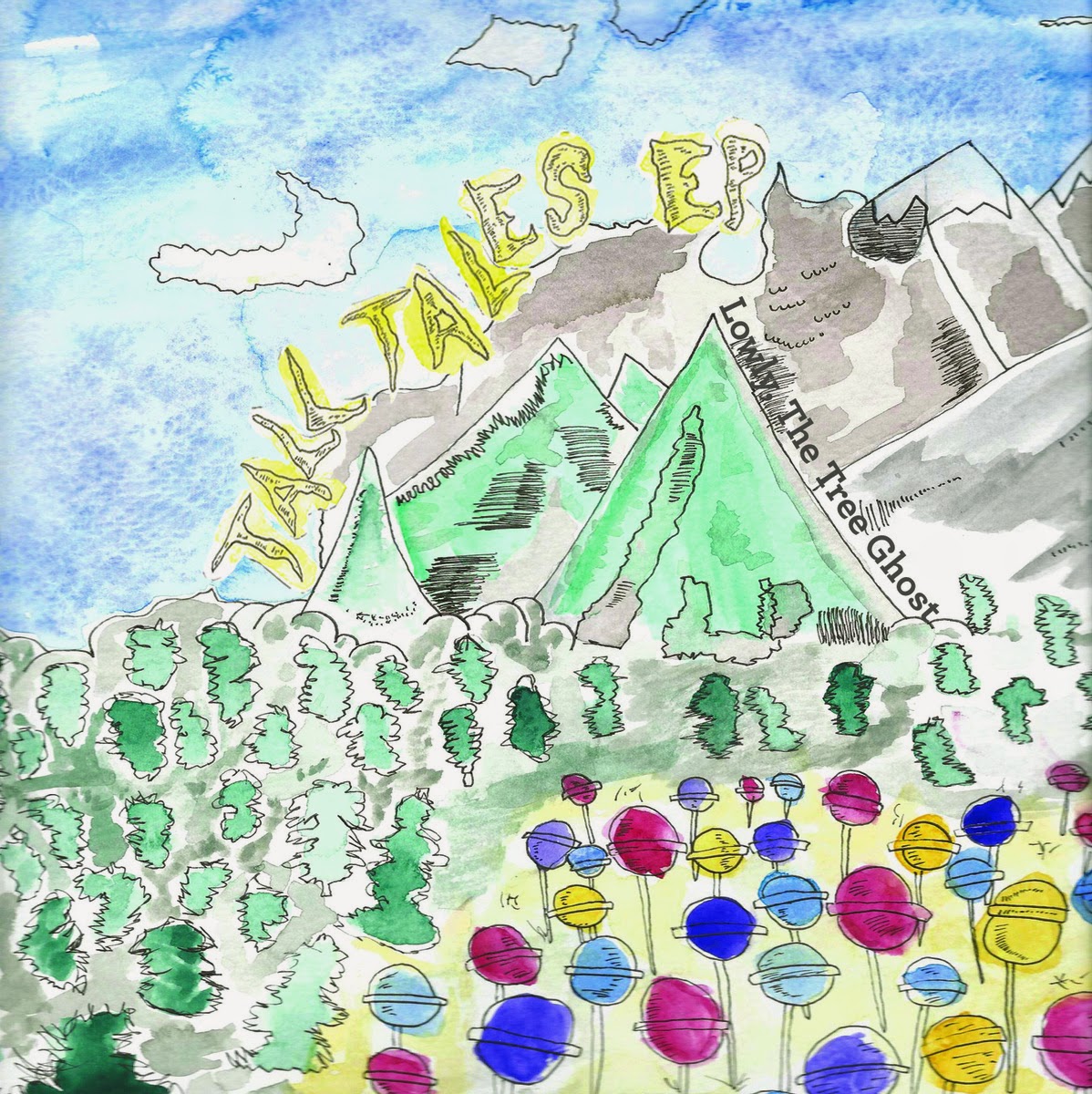 "When Andrew Arbogast decided he wanted to make music, a seed was planted. Try as he might to nourish it alone, a pursuit of a singer-songwriter career was too solitary and left him unfulfilled. The roots had begun to grow, the seed had sprouted, but something was missing. He needed a band. Thankfully, long-time friend Emily McKitrick and Andrew's then-roommate, Joseph Piedmonte, joined him in a quest to nurture the fledgling music project that would become Lowly the Tree Ghost."

The indie folk band travels down I-76 from Cleveland to play at Howler's this upcoming Saturday night. I want to thank Emily McKitrick (Keys/Vocals) and Andrew Arbogast (Guitar/Vocals) for taking the time to participate in this edition of First/Last.


Favorite album of all time?
Andrew: “Catch for Us the Foxes” mewithoutYou.


Favorite concert ever?
Emily: When I saw WHY? in Pittsburgh.
Andrew: Any mewithoutYou concert.


Least favorite concert?
Emily: Probably when I saw the Mars Volta and Cedric was sick and spitting a lot of gunk out, so they had to end it after about 20 minutes.

Any thoughts, experiences about Pittsburgh?
Emily: Lots of good shows played and seen in Pittsburgh – it reminds me of Cleveland until I hear the Pittsburghese.
Andrew: Primanti Brothers... and why not?

Thanks, guys. That Mars Volta show sounds gross, Emily. What a bummer.

Posted by Hughshows at 6:23 AM No comments: