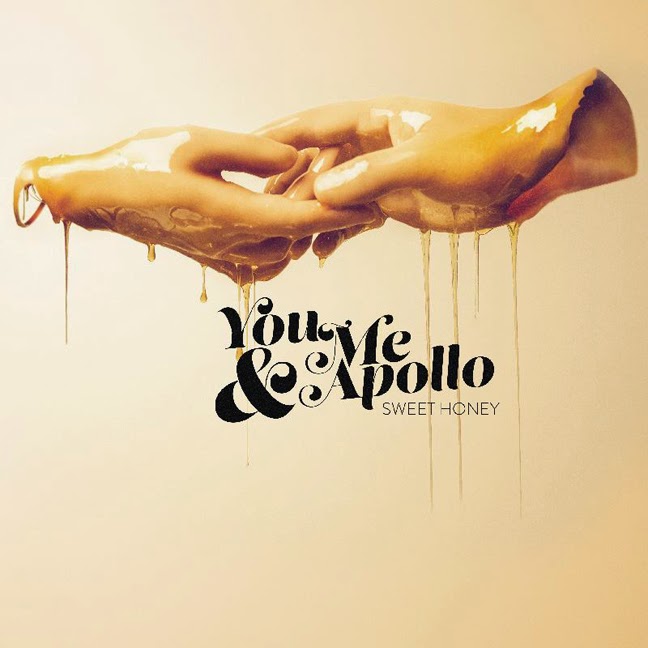 "You Me & Apollo started as a musical exploration of Colorado-born Brent Cowles. His first EP, How To Swim, How To Rot, was released in 2007 while attending school in Arizona. His inevitable return to Colorado summoned the 2011 release of his debut full-length, Cards With Cheats, bringing a full band sound with hints of doo-wop, soul, and alt-country."

Check out the band at their official Website, Facebook, SoundCloud, YouTube,  Instagram, Twitter and BandCamp. Hailing from Colorado, the band is featured on the Paste 50 States Project and has just released their latest album, "Sweet Honey". I want to thank songwriter Brent Cowles (Guitar/Vocals) for taking a few to participate in this edition of First/Last.


Your last album bought?
The last album I bought was Paul Simon's “Still Crazy After All These Years”.


Least favorite/most disappointing album?
“The Songs of the Humpback Whale” was a huge disappointment.


First concert attended?
The first concert I ever attended was a band called Ace Troubleshooter.


Last concert?
The last concert I went to was My Morning Jacket and Wilco opening for Bob Dylan in San Francisco.


Favorite concert ever?
My favorite attended concert was seeing Wilco in Vail CO. with my brother.

Any thoughts, experiences about Pittsburgh?
I've only been to Pittsburgh once but it certainly left an impression on me. The city has a very unique and old architectural beauty that is unlike any place I've ever been. I would love for You Me & Apollo to play music in Pittsburgh someday.


FTC Disclosure: This post contains affiliate links. If you make a purchase after clicking on a link, I receive a small commission at no extra cost to you. The links helps to support this site and will allow me to keep writing about local music.
Posted by Hughshows at 5:36 AM

Labels: First/Last, Paste 50 States Project, You Me and Apollo