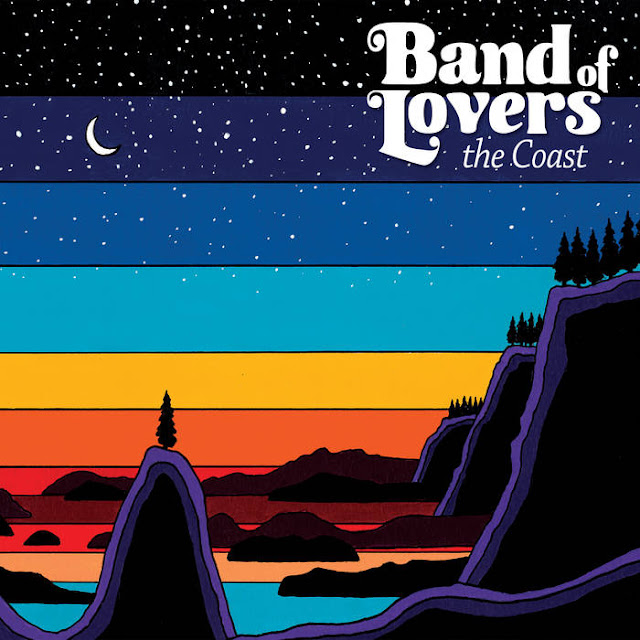 "“It’s a golden road trip,” reflect the band’s lifestyle- born on the road in the fall of 2013 and living and touring full-time in their self-converted 1997 Dodge van, the music they write reflects their way of life. With a modern take on folk sound and pop structure, their songs draw inspiration from the stories and landscapes of North America. The constant travel draws new and evolving sounds from the duo, and their current tour (with San Francisco drummer Liliana Urbain) will bring them across the country to the hills of North Carolina, where they plan to hibernate in preparation for the recording of their sophomore album."

Band of Lovers is an acoustic chamber pop band from upstate New York who will be in Pittsburgh Tuesday night (5/31) at the comfy confines of Snake Hill with Pittsburgh folk fave Brad Yoder. I want to thank Dave Strumfeld (Guitar/Vocals), Sabina Beachdell (Ukulele/Vocals), and Liliana Urbain (Drums/Vocals) for taking the time to participate in this edition of First/Last.

The first album you ever bought?
Dave Strumfeld: The Village People Greatest Hits, but we don't really talk about that. The Wallflowers Bringing Down the Horse was the first one I got when I knew what I was doing.
Sabina Beachdell: Ace of Base The Sign.
Liliana Urbain: Britney Spears Oops... I Did it Again.


Favorite album of all time?
Dave: The Beatles Abbey Road.
Sabina: Modest Mouse This Is A Long Drive For Someone With Nothing to Think About.
Liliana: Maroon 5 Songs About Jane.


Least favorite/most disappointing album?
Dave: Dang, that's a tough question.
Sabina: Anything I listened to from the ages of 8-12.
Liliana: All I can really think of is an album I made for my parents for Christmas.


Favorite concert ever?
Dave: Paul McCartney without a doubt.
Sabina: I'm going to have to agree with Dave.
Liliana: When I was really little my dad played in Bolivian band, and at one show he debuted a song he wrote for me and I danced.


Least favorite concert?
Dave: Also too hard to say.
Sabina: Any concert that I want to see but can't get to.
Liliana: When I performed the album I wrote for my parents for Christmas.


Any thoughts, experiences about Pittsburgh?
Dave: Well, this will be our first time through Pittsburgh, so let's make it a good one, right!? Though I totally think of That Thing You Do - love that movie.
Sabina: I think I drove through there as a baby, but I'll let you know next time!
Liliana: Here I come, Pittsburgh!

Thanks, all. Snake Hill is one of my fave places in town to experience live music. Hope you have fun!
Posted by Hughshows at 6:25 PM No comments: 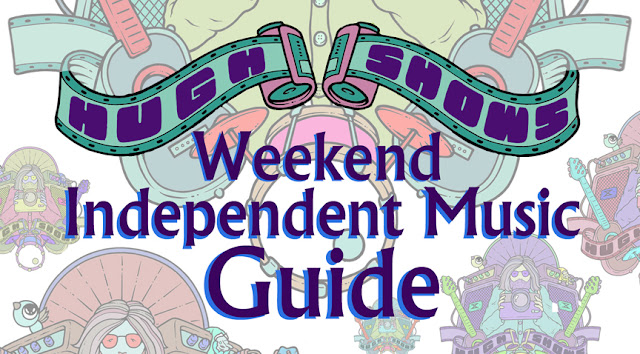 Posted by Hughshows at 5:05 AM No comments: 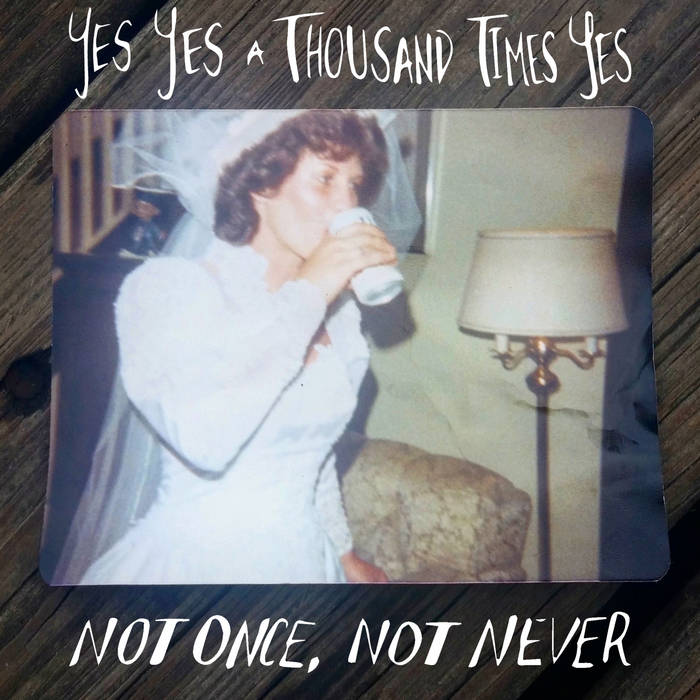 Yes Yes A Thousand Times Yes is an indie math rock pop punk band from Pittsburgh who just released their debut album Not Once, Not Never via Broken World Media. I want to thank Dan Hagendorf (Guitar/Vocals) for taking the time to participate in this edition of First/Last.

The first album you ever bought?
AC/DC - Back In Black. My dad/'Santa' forgot for Christmas so I bought it with my xmas money.


Last album you bought?
The Killers - Hot Fuss. We were just on a weekender with Roof Doctor, promoting our split with them coming out this summer, and bought a bunch of throwback CDs from Philly’s AIDS thrift store (Third Eye Blind and the like).


Least favorite/most disappointing album?
Probably the most recent Arcade Fire record. I love James Murphy so that was a bummer.


First concert attended?
Puddle of Mudd, with Saliva opening, at the TLA in Philly. Not proud.


Favorite Concert ever?
Dr. Dog at the TLA.


Least favorite concert?
Tom Petty and the Heartbreakers at the Wachovia Spectrum in Philly. I kept yelling from the nosebleeds asking him to shut up.

Favorite thoughts, experiences about Pittsburgh?
I've lived here almost my entire life. Every single neighborhood is beautiful for completely different reasons. I live in a neighborhood called Friendship, there are trees and dogs everywhere. Lucy's Bahn Mi in the Strip, PNC Park, Gooski's and the Rock Room in Polish Hill, wiffleball games in Troy Hill, First Fridays in Garfield, the list could go on forever...


Thanks, Dan. Was looking to see if you were playing any shows soon? Would love to check you out.
Posted by Hughshows at 4:59 AM No comments: 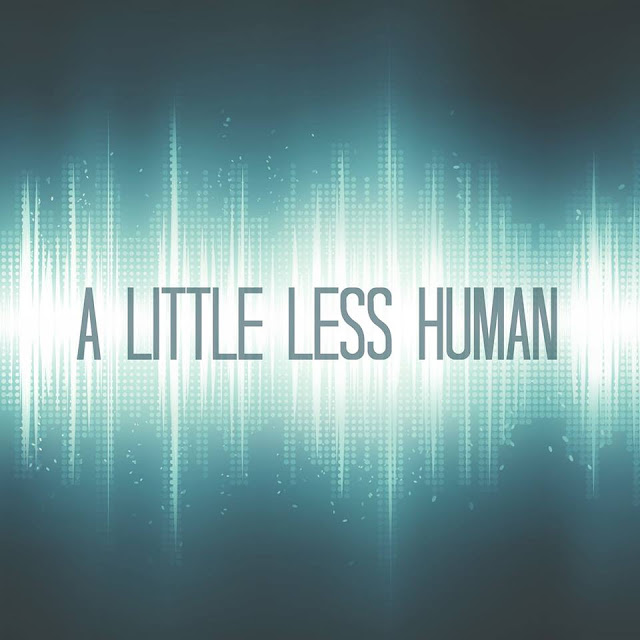 
Thanks, Mike. I am hearing very cool things about you guys. Looking forward to seeing you play soon.
Posted by Hughshows at 5:01 AM No comments:

"Simple songs, played simply. No frills, no excess. The Rents are a Pittsburgh based band that came together to build upon a group of raw, but powerful songs written by Jocelyn Rent, singer and guitar player for the band.  After spending a number of years fronting the popular Pittsburgh based band, Omega Love, Jocelyn Rent, and husband Jon Rent (drummer for Omega Love and The Rents), settled into a quiet life in the suburbs, raising their children.  Eventually, Jocelyn found that the quiet life didn’t quite fit her, and she began composing music once again, when she found the time, in order to maintain sanity. These songs form the core of the sound of The Rents, and work through a number of universal themes like love, longing, children, growing older, desire, dreams, and death."

The Rents is an indie rock band from Pittsburgh who are somewhat new to the Pittsburgh scene while bringing with them a well worn history. Born from the ashes of Omega Love, the band has started to play out regularly and can be next caught this Friday (5/27) at Hambone's playing a benefit for Child Life. I want to thank Jocelyn Rent (Guitar/Vocals), Mary Beth Kletter (Vocals), Tony Henderson (Bass), Jason Pietropaulo (Mutli-Instumentalist), and Jon Rent (Drums) for taking the time to participate in this edition of First/Last.


Least favorite/most disappointing album?
Jocelyn: Frozen Soundtrack, Various Artists (although I do know all of the words).


Favorite concert ever?
Jocelyn: RUBBLEBUCKET at The Rex.

Favorite thoughts, experiences about Pittsburgh?
Jon Rent: Pittsburgh is home.  It is hard to describe what your home smells like, but you certainly recognize it.  The great thing about a nice home, is it make you feel good no matter how tough your day was.  It also is warm and inviting, has great food, and plays great music.  Pittsburgh is all of these things.

Thanks, all. Great description of our lovely town. I couldn't have said it better.
Posted by Hughshows at 5:01 AM No comments: