"as a singer/songwriter from pittsburgh, i am a product of my influences. i was raised on zeppelin, the doors, and bowie, so i have just taken my upbringing and turned it into my own music, integrating other influences as i go along."

J.D. Rau is a Pittsburgh based songwriter who will release his debut album digitally with a celebration at Howler's this Sunday (11/13). Joining him will be local rock stars Blue Clutch. Much thanks to Johnny Danger himself for taking the time to participate in this edition of First/Last.

The first album you ever bought?
Led Zeppelin I.

Your last album bought?
And All the Colors by Ian Moore. I had originally been given this album by my drum teacher many years ago, and for about a year, it got stuck in the CD player in my car. This wasn't a bad thing, as I adore that album. My copy of it was lost in the sands of time, and I was unable to find it anywhere, but recently bought a digital copy so that I could have it again

Favorite album of all time?
This kind of depends on what time of year or sometimes even what particular day you catch me on. Even then I could narrow it down to a collection of albums. OK Computer by Radiohead, Led Zeppelin I, Superunknown by Soundgarden, I Trust You to Kill Me by Rocco Deluca and the Burden, De-Loused in the Comatorium by The Mars Volta, In Keeping Secrets of Silent Earth: 3 by Coheed and Cambria... just so many good albums that I truly love.

Least favorite/most disappointing album?
It's a weird choice on account of the fact that I grew to rather like it despite its shortcomings, but Frances the Mute by The Mars Volta was a huge letdown for me. De-Loused in the Comatorium absolutely blew my doors off when I first heard it. I greatly anticipated their second album, and while the songs were phenomenal, the insanely long spells of frivolous noise really turned me off at first. eMotive by A Perfect Circle deserves a nod, too, cuz outside of two songs, I disliked that album a lot.

First concert attended?
Jimmy Page and Robert Plant on their Walking Into Clarksdale Tour in 1998. Zeppelin has always been my favorite band, but that experience, at 12 years old, made me want to play music and completely changed my life.

Last concert?
Coheed and Cambria. My fourth time seeing them, and they're always amazing.

Favorite concert ever?
Tough call. Page and Plant was incredible, but seeing Bowie live was unreal, as well.

Least favorite concert?
The NIN/JA tour. Finally seeing Nine Inch Nails live... for a 45-minute opening set, outdoors, while it was still light out. Kind of a bummer.

Favorite thoughts, experiences about Pittsburgh?
I've been to a fair number of places, but somehow Pittsburgh has always just felt right. I don't know exactly how or why. So many of my favorite memories happened here in Pittsburgh, and between performing and attending concerts in this city, I have some incredible memories that I wouldn't trade for the world.


Thanks, Jack. It's always exciting when someone releases a debut in Pittsburgh! Have fun at the show, man. Also, you might be the first musician on the blog to name their very first album as one of their faves.
Posted by Hughshows at 7:00 AM No comments: "Racing Heart makes music that is both complex and catchy, with lyrics that are not afraid of taking on bigger issues in a personal way. Helped by some of the best and most noteworthy musicians from both Norway and the US, such as Jenny Hval, Hanne Hukkelberg and previously members of The War on Drugs, St. Vincent and Sufjan Steven’s band, these songs aim to mean something to you."

Racing Heart is the moniker for Oslo, Norway based synth-folk popster Mathias H. Tjønn, who recently released their sophomore album What Comes After via Misra Records. The band will be celebrating the album release in Pittsburgh this Saturday (11/12) with a show at Brillobox on a sweet bill with blog faves Andre Costello and the Cool Minors and William Forrest. I want to thank Mathias for taking the time to participate in this edition of First/Last.

The first album you ever bought?
The first record I remember saving up money for and asking my mom to take me to the store to pick up, was The John Lennon Collection on CD. I must’ve been nine or ten years old, already had the red and blue Beatles compilations albums on cassette given to me for Christmas the year before and desperately needed more Lennon to soothe that fix…


Your last album bought?
Went on a little Bandcamp-splurge last week and bought the latest Junior Boys record Big Black Coat together with Jessy Lanza’s Oh No, produced by Jeremy Greenspan who makes up one half of Junior Boys. I’ve always l loved their crisp, creative, Canadian electronica.


Favorite album of all time?
Astral Weeks by Van Morrison, hands down. So much sadness, frailty and beauty on that one.


Least favorite/most disappointing album?
A recent dime store vinyl-purchase was Elizabeth Barraclough’s Hi from 1979. Produced by Willie Mitchell and recorded at legendary Hi Studios in Memphis with basically all of Al Green’s extended musical family, I hoped it would be solid soul gold. Not so much.


First concert attended?
One of the first must’ve been going to see the Nutcracker ballet by Tchaikovsky; maybe I was six years old or so? I remember thinking it lasted for ever, but that all the dancers doing their thing onstage was weirdly interesting.


Last concert?
Susanne Sundfør here in Oslo this past Saturday. It was MASSIVE. The venue has a 9000 people-capacity and normally I’m not too big on huge stadium concerts, but I had a couple of friends in the band and Susanne always puts on a good show.


Favorite concert ever?
Recently thought about this, actually. Mercury Rev came through Oslo in ’98 on tour supporting Deserter’s Songs and it completely floored me. They’d recreated the entire album, down to the dude playing musical saw on “Holes”.


Least favorite concert?
The Doors (!) sometime in the early 2000’s. Blame it on my youth.


Any thoughts, experiences about Pittsburgh?
I came through Steel-town for the first time a year ago or so, to sign with Misra Records and meet esteemed head-honcho Jeff Betten in person. My first evening was spent at The Oyster House on Market Square, getting the local low-down from the bartender. Awesome dude, awesome place. When I’m playing The Brillobox November 12th later this year I plan on doing some serious record shopping around town. Recommendations on where to go are welcomed!


Thanks, Mathias. As for record stores, I am sure Mr. Betten will be more than happy to help you out but I would suggest at least one stop at Eide's Entertainment.
Posted by Hughshows at 8:03 AM No comments: 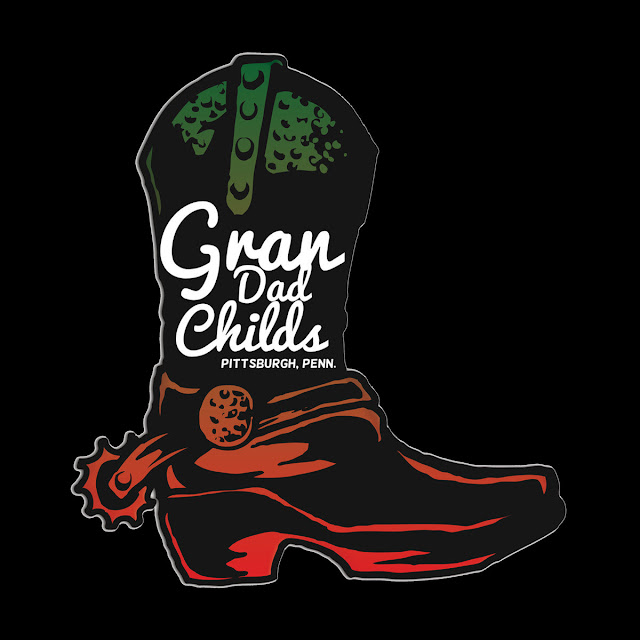 " A talent-packed trio whose musical compatibility and genuine enjoyment of what they do is obvious to everyone who watches them. Their blues rock sound is equal parts powerful and heartfelt, energetic and nuanced, straightforward and skillful."
- Melanie Stangl, Sound Scene Express


Grandadchilds are a Pittsburgh blues rock power trio who are recent additions to the ever burgeoning music scene in town. With the release of their smoking debut single Jabberwocky Blues, they are quickly becoming a staple with the 'you have to see this band' tag frequently tossed around when discussing them. Witness for yourself the buzz when the band plays the Easy Street Live Music PGH Launch Party this Friday (11/4) at The Funhouse at Mr. Smalls along with Cisco Kid and Spencer Allen Patrick. I want to thank John Rushlander (Guitar/Vocals), Tyler McLaughlin (Bass), and Evan Pearson (Drums) for taking the time to participate in this edition of First/Last.


The first album you ever bought?
John Rushlander: What Were Once Habits Are Now Vices The Doobie Brothers.
Tyler McLaughlin: Baptism Lenny Kravitz.
Evan Pearson: Highway to Hell AC/DC.

Favorite thoughts, experiences about Pittsburgh?
John: Excellent music scene with so much potential to grow. People in Pittsburgh are real.
Tyler: One of the greatest American cities. The land we stand on is sacred... It is the dust and blood of our predecessors. Pittsburgh provides great freedom, holds an intimate and absorbing respect for life, and some of the strongest principles of honesty, generosity, and authenticity I’ve found.
Evan: Really cool scene with an absurd amount of awesome music right now. The venues and promoters have been great too. I believe that it only can get better from here too.

Thanks, fellas. This scene (and city) is certainly a poppin'!
Posted by Hughshows at 10:41 AM No comments: