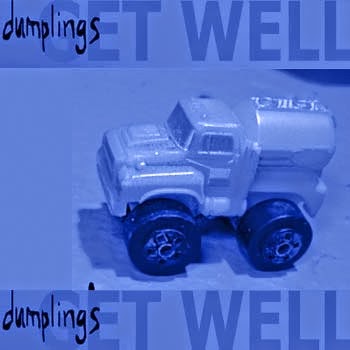 "Dumplings are a noisy, fun rock n roll band from Pittsburgh. We write songs about work, food, people, love & anything else we wanna. We love our music & you will too!"

Check out the band on Facebook, Tumblr, Instagram, Soundcloud and Bandcamp. The local trio formed in 2012 and have quickly become a vital part of the incredible Pittsburgh DIY 'noise rock' scene we have here. SUPPORT LOCAL MUSIC! They have one release limited physically to 100 cassettes. I want to thank Pam Hanlin (Bass/Flute/Vocals), Jon Dowling (Guitar/Vocals) and Jason Dowling (Drums/Sampling/Vocals) for taking the time to participate in this edition of First/Last.

The first album you ever bought?
Pam Hanlin: Barenaked Ladies “Maroon”.
Jon Dowling: Poison “Open Up and Say...Aaaah”.
Jason Dowling: California Raisins ‘I Heard It Through The Grapevine’.


Favorite concert ever?
Pam: Atom & His Package at CMU in Pittsburgh, PA in 2002.
Jon: The Frogs at Euclid Tavern in Cleveland, OH in 2000.
Jason: eXtreme Elvis at Sunset Ballroom in Seattle, WA in 2003.

Thanks, guys.  Really looking forward to catching you live soon. You are Pittsburgh music!
Posted by Hughshows at 5:38 AM