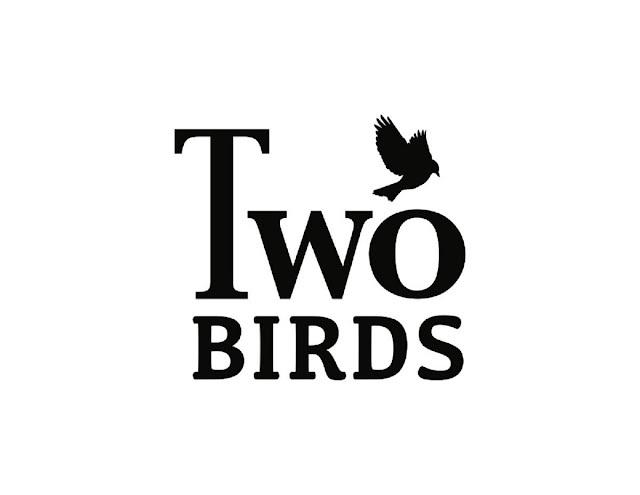 "We play music together. There are four of us."

Two Birds are pop rock band band from Wexford who's fantastic debut EP entitled The Great American Northeast was released last Summer at the hard to pass up pay your price option (although I strongly recommend you do chip in something to support local music.) A stand out track "Jelly" has been recently remixed by electro-popster Badboxes and features Mars Jackson, which you can stream below. Talk about a Pittsburgh musical powerhouse. Hopefully this isn't the last musical collaboration this band has up it's sleeve. I want to thank Dan 'Jellyman' Garrighan (Guitar/Vocals) for taking the time to participate in this edition of First/Last.

The first album you ever bought?
I think it was Nirvana . I’m not certain but it was definitely a tape deck that I listened in the bus on the way to school. It’s either Nirvana or The Mighty Mighty Bosstones. Probably my two favorite acts as a child.

Your last album bought?
I stream most of the music I listen to but I bought our record on iTunes on my son’s phone because he doesn’t have Apple Music or any of that and he wanted to listen to it. So honestly, it was our record.

Favorite album of all time?
Oh wow, probably Rancid “...And Out Come the Wolves”. I feel like that album has defined me, shaped me as a songwriter, musician.

Least favorite/most disappointing album?
I try to find good in every musicians/artist attempt at bringing whatever it is they have to offer to life...  however, my kids watch these youtubers and then they release these songs and they are just terrible - see “Jake Paul - Everyday Bro”. Probably the worst song ever. I also was really into everything Childish Gambino has done until his most recent release. Not that I found it bad by any means it just didn’t sit with me the same way his previous releases did.

First concert attended?
It was Warped Tour, I can’t recall the year though. I believe I was 9 or 10 so that’s like 96 maybe? I went because The Mighty Mighty Bosstones we’re on it. I went to some local shows before that as my older brother played in a punk band and my dad also was into punk rock so I kind of had it made. I got to see a ton of amazing bands at such a young age.

Last concert?
I think The Menzingers was the last band I went to see. Wait no, The Interrupters were just in town and I went to see them with my dad. 22 years later we still go see punk bands together!

Favorite concert ever?
As of late I really loved Rancid / Dropkick Murphys tour with Bouncing Souls as support. I mean that’s a pretty ridiculously awesome line up.

Least favorite concert?
I took my little sister to see The Jonas Brothers when she was like 8. That was kind of weird. They weren’t terrible but the whole thing just felt weird.

Favorite thoughts, experiences about Pittsburgh?
I really value being from a town where we have such an eclectic array of talented musicians and how willing everyone is to support each other. Just over the past year we’ve had the opportunity to collaborate with artist like Badboxes, Mars Jackson and Gabby Barrett. I mean, that’s insane.

Thanks, Jellyman. This remix is insane in that all three different artists are coming together to create something unique which epitomizes Pittsburgh music for me in one track. So cool.
Posted by Hughshows at 8:46 AM