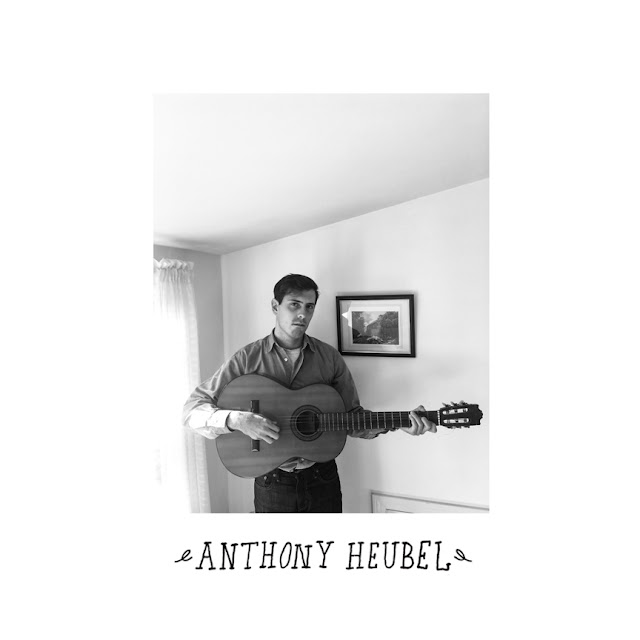 "Anthony Heubel takes care of a cemetery in the daytime and writes songs at night. Sometimes accompanied by a band and sometimes alone, he makes music that meets somewhere at the intersection of Folk, Country, and Americana."

Anthony Heubel is a Pittsburgh based musician who will be releasing his first eponymous solo album on cassette in the upcoming weeks. Having been around the local scene in bands Run Forever and Cotopaxi, Anthony is readying the release by putting together a full band to debut his songs this Friday (1/19) at a local music showcase in Millvale. I want to thank Anthony for taking the time to participate in this edition of First/Last. 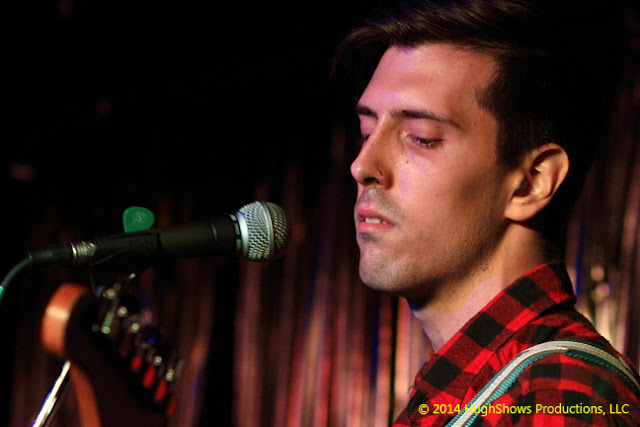 The first album you ever bought?
I think it was a four way split 7" called Dangerous Intersections. All four bands songs on the compilation are great but I bought it for the song “No Spark” by New Creases.

Your last album bought?
Hmm, it was either Conor Oberst's Salutations or an Eric Andersen record. Jerry's in Squirrel Hill is my go to spot for all the good older stuff.

Favorite album of all time?
Probably In My Own Time by Karen Dalton. All of the songs on it are traditional songs but her voice is just so amazing and heart breaking. Definitely worth checking out. I look for her records everywhere I go and I've only found one repress in a book store in Texas that I bought immediately.

Least favorite/most disappointing album?
I'm not sure on this one. I'm really bad at keeping up with current releases so I can't think of anything I've been let down by recently. What usually happens is a band I like puts out a record and I think it’s awful the first time I hear it and then a week later I realize that it's amazing and it becomes my new favorite.

First concert attended?
Godsmack at the Erie Civic Center with my Mom when I was maybe 12. We thought the opener that played was Godsmack so when they finished we left. I didn't realize what had happened until a little later when I started going to local shows and saw the way it worked. No regrets.

Last concert?
I just saw my friends in Soft Gondola play a few days ago. All of the members are in some of my favorite Pittsburgh bands and Soft Gondola just released a tape called Where I Go that's excellent.

Favorite concert ever?
One time I saw AA Bondy, Deep Sea Diver, and Conor Oberst and The Mystic Valley Band, probably around 2009/2010. It was my first time seeing all of them and I was blown away the entire time.

Least favorite concert?
Godsmack. Or this one crazy show I played in Colorado once on New Year’s Eve. The doorknob broke and we got locked in our hotel room right before we had to play and then while we were playing a drunk guy started being real sketchy to some people in the crowd and this big fight broke out. We ended up rushing off the stage with all of our instruments feeding back to help break things up. Then we had to get back on stage and play like nothing happened, it was horrible.

Favorite thoughts, experiences about Pittsburgh?
Things have changed so much since I moved here in 2008. I remember playing the first show ever at 222 Ormsby in Mount Oliver with my friend Roger Harvey. It was his album release and there was no PA and people just partying everywhere. No one really knew what to do with themselves yet because the space was so new. Meanwhile we were trying to play soft folk music on acoustic guitars while five or six people were huddled around us in a circle. Roger sold out of all of his records that night though and Ormsby went on to be one of the best venues around for a long time. I’m so proud of the music community here and everyone that books shows and are constantly searching for new venues or opening up their homes to bands. I was just at Babyland for the first time (way too late to the party) and I couldn't believe that I hadn’t been there sooner. The sheer scale of it is impressive, and all of the artists there are so talented. Even after almost ten years there are so many parts of the city that I'm still finding out about and so much new stuff happening all the time.

Thanks, Anthony. I am still regretting that I never saw a show at 222 Ormsby. Believe me, I had plenty of invites and opportunities to go but weirdly, something was always preventing me from going and now I wish I hit the place up at least once.
Posted by Hughshows at 8:00 AM