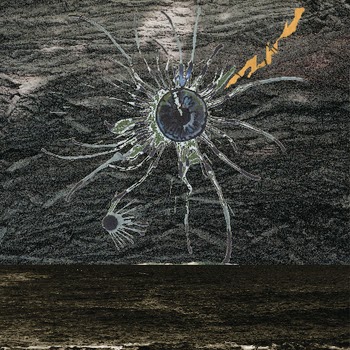 "A progressive rock sound echoes in folk landscapes. Urban poetry, pop melodies and repetitive chants cast a rousing wave of contemporary performance. Frogbelly and Symphony take the inspirational tint from centuries of musical repertoires, a universal perception of sound and examine the nature of music with an open door to a new dimension."

Frogbelly and Symphony is a progressive rock band from Brooklyn AND Sheffield, England. They are coming to Pittsburgh this Saturday the 13th at the Bloomfield Bridge Tavern on a bill with Thom Hunter and the Rocket Surgeons , Blod Maud, John Kraemer and Mesiko. I want to thank Tom Hanley (Bass/Vocals), Liz Hanley (Keys/Violin/Vocals), Ben Trott (Guitar) and Ray Rizzo (Drums) for taking the time to participate in this edition of First/Last.

The first album you ever bought?
Ray Rizzo: I bought The Bay City Rollers first album and “The Monkees’ Greatest Hits” on the same day on vinyl. I was 3. My first cassette purchase was also a milestone and a two-fer: “The Golden Age Of Wireless” by Thomas Dolby and Def Leppard “Pyromania”. First CD was Keith Richard’s late 80's solo album.
Liz Hanley: “Middle of Nowhere” by Hanson and “Tubthumper” by Chumbawumba.
Ben Trott: Michael Jackson “Bad” on tape.
Tom Hanley: Paul McCartney "Flowers in the Dirt". First ever album I bought with my own money was Phil Collins "No Jacket Required", both vinyl.


Favorite album of all time?
Ray: “The Golden Age of Wireless” by Thomas Dolby.
Liz: “More Adventurous” by Rilo Kiley.
Ben: Tim Edey “Daybreak”. Probably the most influential on my musical career.
Tom: Changes all the time. Right now Ambrosia "Somewhere I Never Traveled" or maybe Tom Huber "Walk Through Echo". The two most influential on my brain: Machine Translations “Happy” and The Beatles “Revolver”.


Least favorite/most disappointing album?
Ray: Rather not say, it involves friends of mine.
Liz: My least favorite album? I don't know. I don't think about that shit.
Ben: Lau “Race the Loser”. I share the sentiment of a friend of mine: "like a really crappy hand job that goes on for ages but never gets anywhere". Disappointing because their previous albums were much more satisfying.
Tom: Tesla "Five Man Acoustical Jam", quite possibly the worst album ever made.


First concert attended?
Ray: Ozzy Osbourne ‘Bark at the Moon’ tour with Jake E. Lee and Motley Crue opening on their ‘Shout at the Devil’ tour.
Liz: A Christmas concert my dad was fiddling in at a Boston Yacht Club. I was 2 months old. First concert I remember was ‘Peter and the Wolf’ performed by the Boston Symphony Orchestra.
Ben: My dad Morris dancing and playing flute somewhere in Kent, maybe Sittingbourne.
Tom: America in Hamburg, Germany at Club Grosse Freiheit.


Favorite concert ever?
Ray: Prince ‘Lovesexy’, INXS ‘Listen Like Thieves’, Replacements, Midlake.
Liz: My Brightest Diamond at the Haldern Pop Festival in Germany. She was raving about German bread. I cried.
Ben: I don't have an all-time permanent answer for this one, can we include our own? I'm going to say Frogbelly & Symphony when we played at Slothrop's bookshop in Tallinn, Estonia. We had strawberries and did it in the road.
Tom: There are two. Bonnie 'Prince' Billy at Manchester Cathedral UK and Thee Silver Mount Zion Memorial Orchestra & The Tralala Band at Club Knust, Hamburg, Germany.


Least favorite concert?
Ray: Rather not say, it involves friends of mine.
Liz: Damian Marley at the Wanderlust Festival. He was singing about unity and connectivity with his eyes closed. I don't know where he was but he was not in that tent with us connecting. He was somewhere else. It felt very contrived.
Ben: Going to pick one I played in again. In my early days I played in a ska punk band, we played a gig in the basement of a pub in Rotherham. The place was full of chavs, meatheads and druggys. Before we played someone threw one of those everlasting gobstoppers (the fist-sized solid sweets) that hit me on the jaw really hard. We were using their drums and during our last song the kick drum broke free and rolled up to our bass player, who then saw out the song kicking it in time with the music. The last words of our singer into the mic were "Thank you Rotherham, never again!"
Tom: Radiohead at Hurricane Festival, I think in 2002 or so.

Any thoughts, experiences about Pittsburgh?
Ray: I am a fan of Karl Hendricks and hope he is well. I may have venue names wrong but I have enjoyed performances at City Theatre, Gooskis, and 31st Pub.
Liz: Pittsburgh has the most bridges of any city in the world. Steel and robots come to mind as well. The first time I got drunk with my extended family was in Pittsburgh at my cousin's wedding.
Ben: I've never been before. I would like to meet "Dippy", the 22 foot tall fiberglass diplodocus you have in Pittsburgh. Apparently when it's cold he wears a gigantic scarf.
Tom: In the early 90s all these kids in Europe suddenly started wearing baseball clothes without having the faintest idea what baseball actually was. Pittsburgh Pirates was among the most popular gear. They must have liked the way the 'P' looked, or something. Hmm, otherwise, never been. I'm sure it has a baseball team. I, for my part had a horrendous St. Louis Cardinals denim jacket that was half pink, half indigo. I still don't know where St Louis is, but I sold it for 40 instead of 14 Deutschmarks because the Polish dude who bought it of me thought I said 40. I said 14, Christ' sake! He didn't even make an attempt to haggle...

Thanks, all. I am totally fascinated that your band is made up from members from across the Atlantic Ocean. Talk about a long distance relationship!
Posted by Hughshows at 5:52 PM