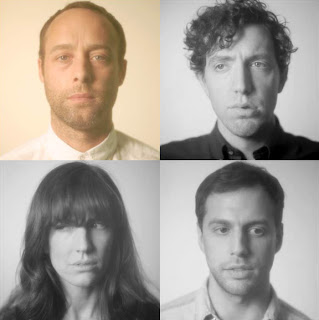 Here We Go Magic have just released it's newest effort, "A Different Ship" via Secretly Canadian. Touring in support, they hit Brillobox tomorrow with upstarts Hospitality in tow. HWGM's founder Luke Temple was nice enough to take a few minutes to participate in this edition of First/Last.

The first album you ever bought?
Quiet Riot, “Metal Health”.

Your last album bought?
Nick Lowe, “At My Age”.

Favorite album of all time?
Don't have one, really an impossible question to answer.

Least favorite/most disappointing album?
Probably anything by James Blunt, if I was to ever buy one.

Favorite concert ever?
The first Lollapalooza, first time I did mushrooms. I was peeking when Ministry came on.

Least favorite concert?
The first Lollapalooza, having to go to the bathroom in a disgusting ‘Porto Potty’ out of my mind on mushrooms.

Any thoughts, experiences about Pittsburgh?
I always seem to get lost on the way to the gig but otherwise, great town.

Thanks Luke. That Lollapalooza gig sounds fun/scary/gross/awesome all in one.
Posted by Hughshows at 4:14 PM