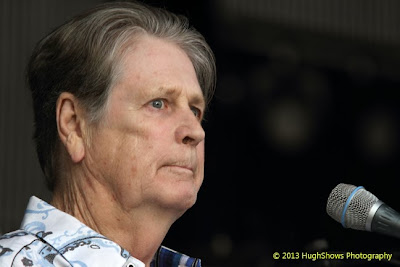 Brian Wilson is the founder, principal songwriter, arranger and overall 'genius' of The Beach Boys. One of the most important groups in the history of popular music, the band has reunited for their 50th Anniversary tour and will be stopping in Pittsburgh this Friday. I am thrilled that Brian took a few minutes to participate in this edition of First/Last.

The first album you ever bought?
The Four Freshman "Five Trombones".

Favorite album of all time?
The Beatles "Rubber Soul".

First concert attended?
The Four Freshmen at The Coconut Grove in Hollywood in 1958.

Any thoughts, experiences about Pittsburgh?
None.

Thank you so much Brian. This is truly a high point for my blog and I am really looking forward to the show!

Posted by Hughshows at 8:51 PM