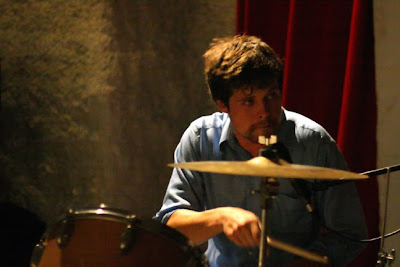 It's hard to imagine that as I write this, I will be shooting U2 at Heinz Field later on in the evening. Declared THE highest grossing concert tour in music history, I can't think of a more different show than this one I saw last week. Three of the bands on the bill I had never heard of and this particular group seems to have almost no internet presence whatsoever. That's not taking anything away from this band at all. Nothing thrills me more than to see a bunch of musicians pouring their heart out in a room with a few people there to witness it. In other words, U2 who?

Posted by Hughshows at 6:36 AM