So do yourself a big favor right now and listen to the new EP by the band Dark Dark Dark called 'Bright Bright Bright' by clicking the title. 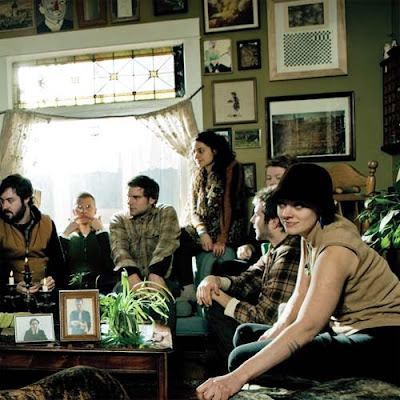 For reasons I cannot explain I have been absolutely FLOORED by this release. It's been a long while since music has affected me like this. I am really excited to be seeing them next week at MoGlo. So excited I tracked down Marshall LaCount for an interview.

When/how did you and Nona meet and begin making music together?

We met in Minneapolis, at a pizza collective where Nona was working. She liked crafting and playing songs for her friends, and she liked my weird band back then. We were friends for a while and came to a place where we had nothing else to do but play music together. The story goes that we traveled to New Orleans with our new "band" to make gas money. For some reason we didn't quit after two weeks like we'd planned.


How do you two write? Do you work out lyrics together and then music? Or do you bring your own ideas for the band to work on?

We either write our own songs and then edit each other, or one person will write the music and not have the words, and ask the other. After that, we go to the whole band for arranging.


Your previous release "The Snow Magic" seems to me to be more 'straightforward' in it's presentation. Most of the instruments and vocals are equally up front. It seems to me that you went for more complex arrangements on "Bright Bright Bright" resulting in a different, more ethereal listening experience. Was that intentional or am I hearing things?

We simply spent 3 years together as a band, learned more about what we are interested in, and gained a lot of experience. The Snow Magic is essentially an unedited sampler of all of our initial writing experiments. We were also recovering from playing acoustic, on the street, in basements, and in loud bars, where quiet arranging isn't heard. If our band name is about contrast, then we're realizing it in our sound with Bright Bright Bright and the LP that will follow this year. We're learning how to perform with a bigger dynamic range and all the textures that make up our arrangements in our minds. 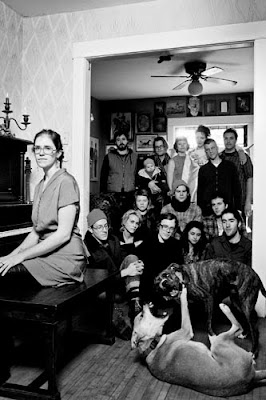 You have great promotional photos accompanying the new release. Seems like a whole bunch of folks are involved in this record. Is that a reflection of you taking on band members as needed for various purposes (touring, recording, etc.)?

Well, on the cover of Bright Bright Bright, only a couple of those people actually make sound on the record. Most of them are friends, advisers, and influences on us in more ways than musically. In terms of our art and photography, we always include friends' work, and think of it as a very careful consideration. I approached that photo shoot not knowing exactly what I wanted, or what would happen. I trusted the photographer (Cameron Wittig) and I knew there was a bunch of great people in the room, and great art on the walls, by friends. Todd and I chose this photo after many mock-ups and different versions, because it has a level of mystery and drama that doesn't allude to just one thing. It doesn't quite make sense. No one on the front is even in the band. The main person on the front is actually in her own successful Twin Cities band, and in our choir. I appreciate that it can be mistaken for a large band photo, but to me it is like a soap opera of friends.


Todd Chandler is a musician in your band and a filmmaker. You provided the score for his movie Flood [Tide] (which also happens to be my favorite song on the EP). When will we be able to see the movie? Also, is the score instrumental or does it feature actual songs?

The score is a mix of instrumentals and songs. It is still being completed by the engineer and producer, our own Jonathan Kaiser. Todd is currently letting the cut sit and working on the live-soundtrack cut, which is due at the San Jose Biennial, and at the Hammer Museum in LA, in the fall. We are thinking of ways to tour with the LP and with the movie at the same time, potentially spending two nights in some cities, so we are considering a fall premier.


Is the new full length complete? Does it feature songs off of "Bright Bright Bright" or all new tunes? Do you have a title yet? How will that sound compared to your previous material?

Bright Bright Bright and Something For Myself are the gateways to the new LP (from Bright Bright Bright), and for that reason may make the cut to being included on it. We'll continue mixing it in the next months. It is not titled yet, and I don't feel like giving you a hint. Its like choosing baby names. It includes the choir, some of the sound from the church where we worked on Bright Bright Bright, and right now feels like a really dynamic and coherent group of songs that we're proud of.


What kind of set list can we anticipate on the upcoming shows? 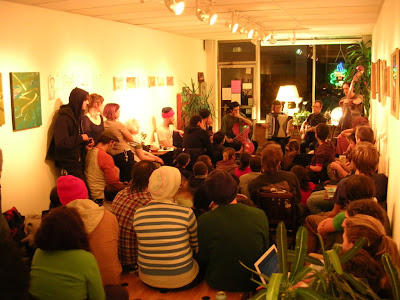 You have played here before, any interesting memories of Pittsburgh that you have, or were you quickly in and out?

We've spent a good amount of time in Pittsburgh and in Braddock. We have many friends there and love a lot of people. We came through on Why? tour and played at the college, but in the past we've played at the Nerve, at Morning Glory, at the Cemetery on Easter, and in basements. There is a really great community in Pittsburgh, doing interesting and important things. While I'm at it, I'll plug The Transformazium (www.transformazium.org). Its in Braddock, is a very great and ambitious endeavor, and needs lots of help and resources.


I just have to say Marshall, that your music is really affecting me in such a positive way. I haven't felt this moved by someones record in such a long time. I sincerely appreciate it and your time very much.

Thank you, I'm glad you say so. It is really due to all of us and the chemistry we fight to keep among us, and to the special voice each person has in the process. And to Nona.

Posted by Hughshows at 8:36 AM