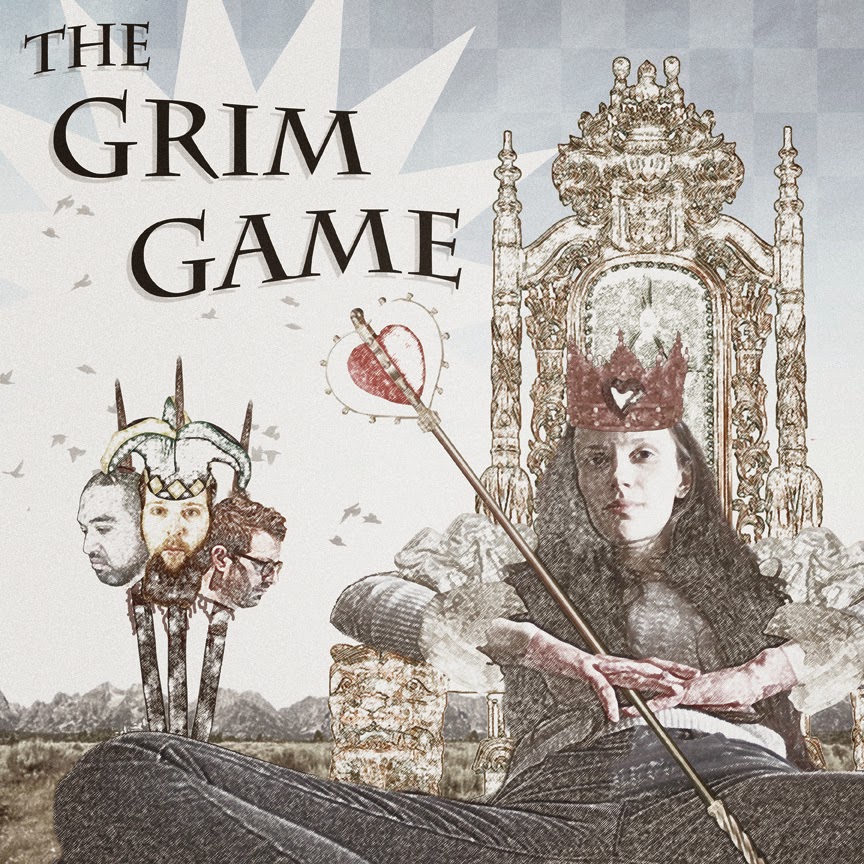 "A fusion of styles sexfully fighting for dominance."

Check out the band on Facebook, SoundCloud, Twitter and BandCamp. The Pittsburgh 'Americana Indie-Rock' band released it's debut self-titled EP earlier this year. They play around town a bunch so try to catch them when you can. I want to thank Sarah Trusilo (Vocals), Lee Ali (Bass/Vocals) and Ryan Miller (Guitar/Vocals) for taking a few to participate in this edition of First/Last.

The first album you ever bought?
Sarah Trusilo: The term "bought" would have to refer to ones that weren't pirated, shoplifted or given to me. I'd guess then, in that case, it was “Nevermind the Bollocks, Here’s the Sex Pistols”.
Lee Ali: Al DiMeola “Kiss My Axe”. I used the change I had saved from left over lunch money to buy the CD because there is a picture of a naked woman on the cover.
Ryan Miller: Motley Crue “Theater of Pain”. Ouch. Not sure which is more embarrassing, that that was my first album or that I'm still pissed off that it wasn't as good as “Shout at the Devil”.


Your last album bought?
Sarah: I’m one of those people who only buys the songs they want to hear on an album. I bought The Black Keys’ “El Camino”about three years ago and I still haven’t listened to the whole thing.
Lee: Blood Orange “Cupid Deluxe”. No words to describe sonic bliss.
Ryan: The National's “Boxer” album back in 2005 and that was probably the first album I had bought in the ten years prior. I pretty much stopped listening to new music after high school but had a gift card I had to use and it was among the new releases. I never heard of them but liked the name. By dumb luck it became one of my favorite albums ever.


Favorite Album of All Time?
Sarah: “Rumours”. That’s a good album. And I get it.
Lee: Paul Simon “Graceland”. This album is part of my soul.
Ryan: Shudder to Think “Pony Express Record”. There are probably better things out there but I can always listen to this and never feel like I've heard it too many times.


Least favorite/most disappointing album?
Sarah: Oh, my. “Load”.  I think I may have stopped liking metal after that.
Lee: Incubus “If Not Now, When?”  "What happened to these guys?" should be the name of the album.
Ryan: Anything put out by Prince during one of his religious phases.


First concert attended?
Sarah: Janis Joplin in my dreams. I had backstage passes     and was laughing it up with everyone.
Lee: Lilith Fair. I was in love with a girl, enough said.
Ryan: My dad took me to see Peter, Paul and Mary when I was a kid.


Last concert?
Sarah: I’m pretty sure that was Eddie Money and it was free. I’ve had a lot on my mind, okay?
Lee: Pinback. Rob Crow is my boy, and they rocked it at Smalls.
Ryan: I think it was The National at The Rex about six or so years ago. I should get out more.


Favorite concert ever?
Sarah: Well, in my book, dancing at a concert, no matter who is playing or whether or not it's "real", gets #1 pick.
Lee: Paul McCartney. 4 hours, nonstop.
Ryan: The Jesus Lizard in '91 at the Upstage. Craziest damned thing I'll ever see. Life changing. I'm pretty sure it's the reason I've never been able to properly 'grow up'.


Least favorite concert?
Sarah: No Doubt. I had tickets and didn’t get to go when I was a teenager as punishment for not doing chores.
Lee: The Jets. They attempted to teach me to ‘Keep off the Grass’ in a sixth grade school assembly.
Ryan: I once fell asleep at a Toad the Wet Sprocket show.

Favorite thoughts, experiences about Pittsburgh?
Sarah: All the fun I’ve had here.
Lee: Primanti Sammiches, Carnegie Museums and the South Side before its demise. The people in this city are like no other and they make it what it is...home.
Ryan: Best place in the world to come back to after you've gotten sick of it and moved.

Thanks, guys. I had that same experience at Lilith, Lee. It wasn't a totally bad experience but kind of like when I attended Carlow. Us guys sorta stood out.
Posted by Hughshows at 6:25 AM