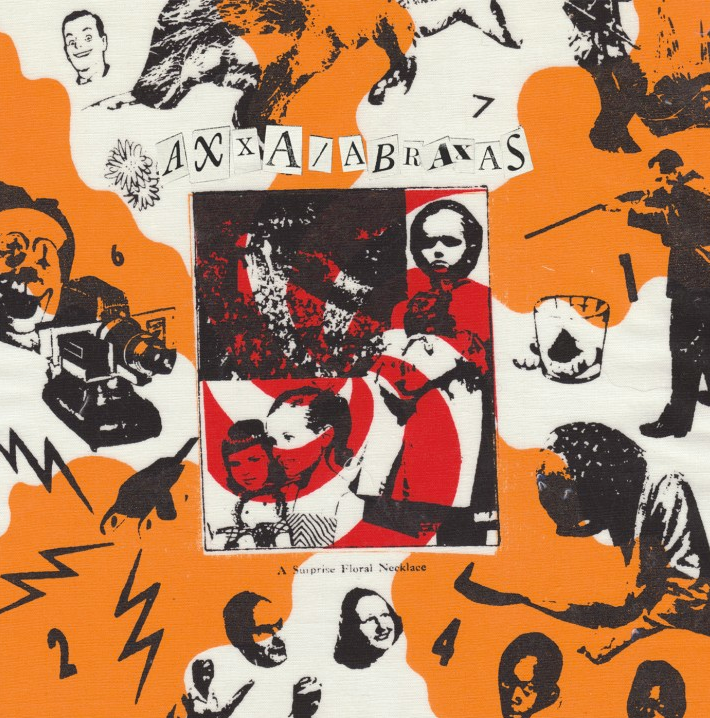 "Axxa/Abraxas is the music and art project of Ben Asbury, a 23 year old from outside Atlanta, GA. His experiences as a record collector and music obsessive from a very young age (“I got into punk in the third grade”) are easily evident in his debut release. Going full circle from being introduced to 60′s pop as a kid, through his foray into punk rock at an early age, into post-rock and Elephant Six indie, right back into 60′s Psychedelia, Ben has honed his influences (Neil Young, Television Personalities, ‘Elevators, The ‘Dead, Olivia Tremor Control) into a cohesive blend to adapt his own take on psych-influenced art-pop."

The band have just released their amazing self-titled full-length debut via Captured Tracks. They are currently prepping for a tour to promote the record and if they hit your town, don't hesitate to go see them. I want to thank songwriter Ben Asbury (Guitar/Vocals) for taking the time to participate in this edition of First/Last.

The first album you ever bought?
CCR’s “Greatest Hits”. I had this on CD and I used to walk around with it playing in my boombox. Pretty good start for a little kid, I suppose it had some far reaching effects since I’m playing rock n roll music still.


Your last album bought?
I picked up a copy of the Tuxedomoon EP “Scream With a View” when I was at Wuxtry Records in Athens, GA this past weekend on the recommendation of my friends John  Fernandes. I’ve listened to the songs on the internet but I’ve been visiting family in Atlanta/buying an Astro Van to tour in and don’t have a record player here so I haven’t been able to give it a proper spin yet.


Favorite album of all time?
This is a really tough question when your record collection is like 600 deep, ha-ha. Maybe the Crosby, Stills, Nash, and Young “Déjà Vu”? I’ll stick with that but I’m pretty sure I answer that question differently every time I get asked that.


Least favorite/most disappointing album?
Didn’t Bob Dylan do like a Christmas album at some point or something? I think he did, I didn’t listen but just the fact that something like that exists is pretty disappointing.


First concert attended?
I think it was some like Christian Screamo band that had played at the church I grew up at or something? Just terrible, I was young and impressionable; I can’t be blamed for my actions then.


Last concert?
My band’s concert in Athens last Sunday with New Sound of Numbers and Mall Prowler. Everybody killed it, we had so much fun.


Favorite concert ever?
Tie between CT5 and Woodsist Fest, both last year and within a month of each other. The Captured Tracks Fest was right before I recorded the record and I got to meet almost all my labelmates and hang out backstage, it was too much fun. Woodsist Fest was a few weeks after I recorded with Jarvis so I knew some of the folks in the bands playing already. Such a killer line up. End of August to end of September last year was an incredible time.


Least favorite concert?
Probably that first one, in retrospect.


Any thoughts, experiences about Pittsburgh?
Never been there. My friend Sam really loves the Pittsburgh Pirates so there’s that.

Thanks, Ben. So glad I serendipitously stumbled upon your music. I am a sucker for anything 'psychedelic' and what you are doing is so much fun for me. Pittsburgh awaits, buddy!


FTC Disclosure: This post contains affiliate links. If you make a purchase after clicking on a link, I receive a small commission at no extra cost to you. The links helps to support this site and will allow me to keep writing about local music.
Posted by Hughshows at 5:36 AM