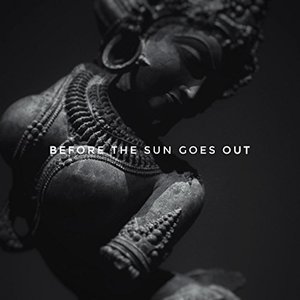 "Funk-upon-a-time, the people anointed themselves in a mighty force called The Funk — writhing under the moonlight in a great furor whenever its celestial glow blanketed the land. The ONE, the omnipresent embodiment of man’s relationship with The Funk, energized both the celebration and life-forces of the people. It was truly a great time to be alive."

Pop Thief is an R&B pop funk band originally hailing from Philly and now making Pittsburgh their home. Their debut EP Before the Sun Goes Out will be released next month on March 7th via all the usual digital platforms. You can catch the band a couple times before that including this Sunday (2/12) at the Squirrel Hills Sports Bar and February 23rd at Howlers. I want to thank songwritet Richard Woodson (Guitar/Vocals) for taking the time to participate in this edition of First/Last.

The first album you ever bought?
Funkentelechy vs The Placebo Syndrome by Parliament. I was in the 6th grade, it was my birthday, and we were in one of the last Tower Records stores in Philly. My dad always played Parliament around the house and I loved them, but I'd never actually seen what they looked like. The second I saw that cover, I knew it was the one. The soundscapes they build on that record and their knack for storytelling and deeeeeep concepts blew my young mind. I'm pretty sure I wore that CD down to shreds. I've been practicing “Funkentelechy” ever since. It resides deep in my bone marrow.


Your last album bought?
Run the Jewels 3. Killer Mike end El-P have created AND resurrected a gigantic sound. I'm in awe each time I'm spinning that one. Those beats get in your bones and anoint you with a positive anxiety and their lyricism is unrivaled. That's what you get when two underground rappers decide to join forces. If Zack de la Rocha thinks they're dope company, that's all the affirmation I need of their greatness. The whole RTJ3 album can be played ANYWHERE. I've jammed to it in endless showers, car rides, and meditation sessions. And the vinyl is gold. GOLD. They're truly running shit, no doubt.


Favorite album of all time?
It used to be Evil Empire by Rage Against The Machine. The album they recorded in their rehearsal space while pissed off at each other. That thing's injected with so much raw music and power. They may have hated each other, but their musicality shone straight through. One day though, my dad gave me half of his vinyl collection. On that faithful day I pulled the golden enigmatic cover of Ramsey Lewis's “Sun Goddess” from the box and I haven't been the same since. It's my guiding light. Ramsey is a virtuoso of sound. If “Funkentelechy” is what makes up the marrow in my bones, “Sun Goddess” is what constructs the bones themselves.


Least favorite/most disappointing album?
My most disappointing album would have to be the hot garbage that the remnants of Rage Against The Machine, Cypress Hill, and Public Enemy tried to sell as "Prophets of Rage". I'm not even completely convinced still that it came from a good place. And "Prophets of Rage"??? REALLY? They should've just been activists on the streets and rallied people. The music's dull and sloppy. Prophets was a wreck I couldn't bring myself to watch.


First concert attended?
My first concert was Pinback at the Trocadero in Philly. My best friend, former bandmate, and only guitar instructor tipped me off to them so we went to catch the show. By the end of the night my feet were all types of sore and I was convinced I'd never bring myself to see another live music performance ever again. Pinback is full of splendid musicality, but their showmanship was non existent and the whole show just felt dead. Early on that taught me how important it is for a crowd to not only enjoy your sound, but the experience as a whole. If you're not adding anything to what they can hear through earphones, what're you bothering playing live for?


Last concert?
My last concert was Childish Gambino at the Electric Factory for his Because The Internet tour. I took some friends from Pittsburgh back home to Philly with me for that weekend. We drank, I smoked my first legit cigar, and I leaned against a pole watching the amazing show while simultaneously fighting off the effects of dehydration. They were pulling passed out concert goers from the crowd every 45 seconds, no joke.


Favorite concert ever?
Ha-ha, Childish Gambino at the Electric Factory for his Because The Internet tour. I was dying yet it's still my favorite. That whole album was mind bending and he continued that into his interactive pre-show crowd app, 3D graphics & set design, and his intense energy overall. I don't think any show will come close to that memory besides my 2nd show ever. That one was in a tiny bar in North Philly where Tom Morello of Rage Against The Machine was doing his first mini tour of his debut solo acoustic act The Nightwatchman. We sang powerful folk songs, told the system to fuck off, and then he signed the back of my first mp3 player.


Least favorite concert?
My least favorite concert would have to be the year I went to Warped Tour. I loathe that music scene with a passion, but college is all about new experiences right? I only went to see Foxy Shazam perform, but they had to cancel last minute — leaving me in the land of post-hardcore. At least Anti-Flag came through and played a surprise set. Other than that, so many regrets.


Favorite thoughts, experiences about Pittsburgh?
I moved to Pittsburgh 4-5 years ago (time flies) for college and my best memories are the ones where I discovered new parts of its subcultures. From the crowd at Belvedere's to the misfit toys of The Warhol staff to the drag community to the DIY scene. Each one is rich & passionate. As much as I miss Philly, Pittsburghers have a passion for the things they love that stays with them their entire lives.

Thanks, Richard. I am a firm advocate of the DIY subculture of music in Pittsburgh. The passion as you mentioned truly is inspiring to witness.
Posted by Hughshows at 7:08 AM