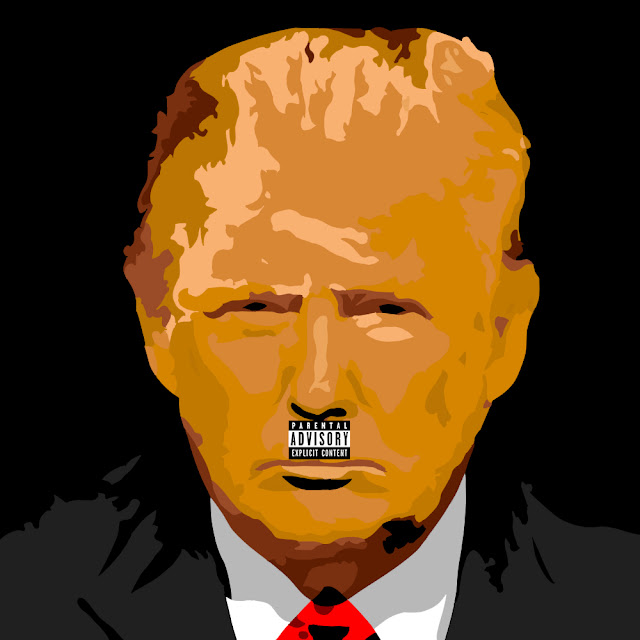 "Formed in 2015 after hundreds of years of suffering, Lewd Tuna emerged from the depths of the Monongahela River to tell whoever was dumping oil and trash in his home to quit it. Upon discovering a corrupt, polluted, and ignorant country, he found the only outlet that could help, punk. After centuries of unrest, Lewd Tuna has taken his place on the stage to tell the world what's wrong, and inform everyone to wake the fuck up."

Johnny Hates 45's is an art punk band from Pittsburgh who will be releasing their next album in April entitled 1984... the Year After 2016 (timely cover image above.) The band will more than likely play material from it tomorrow Saturday (2/11) at Roboto. I want to thank Lewd Tuna AKA Grant Charney (Synths/Vocals) for taking the time to participate in this edition of First/Last.


Your last album bought?
ST/LP by Booji Boys. I'm extremely confused as to how I got this album already since it comes out tomorrow, but it's amazing! I discovered these guys on through a YouTube channel just known as "Jimmy" and have been in love ever since. Their fast, high energy songs and lo-fi post-punk is just a great mix. Can't get enough of them.


Favorite album of all time?
Q: Are We Not Men? A: We Are Devo! by Devo. This album, and band, has changed my life multiple times, which, in my opinion, shows their complexity and is an example of true art, being that their music can be interpreted in so many ways. Every track, from “Uncontrollable Urge” to “Shrivel Up” is amazing. Every track is different, yet still has the pre-Freedom of Choice punk sound, while dipping their feet into new wave. Without a doubt my favorite album of all time.


Least favorite/most disappointing album?
Honestly, Nevermind by Nirvana. I don't know of any album that has been so hyped up and really not been anything big. I'm not at all saying Nirvana is a bad band or that Nevermind is a bad album, both are very good, just extremely overrated. In my opinion, In Utero is their better album.


First concert attended?
Panic! At The Disco when I was 7. I had never been to a concert, nor actually listened to Panic!, but had a great time. I've since grown to dislike them, but they still hold a special place in my heart.


Last concert?
GWAAAAAR! 2nd time I saw them and the first time I saw them having previously listened to their music, and it was amazing. I always prefer to have an actual show/experience versus just a band playing their songs, and Gwar has been doing it for so long that I think it'd be hard for them not to have a show like this. There's also something about walking out of the venue in the freezing cold, soaking wet with fake blood, that always gets me.


Favorite concert ever?
Devo, no surprise here. Again, this concert changed my life, as it was the first one that was a full on show/experience. This was in 2011 right after they'd released Something for Everybody so they not only did songs from that album but also all their hits, which is one of the best ways to see them live in my opinion. I got to meet the band afterward, and now own two energy domes signed by Mark, Jerry, Bob 1, and Bob 2 (RIP). They've always been my favorite band of all time, and always will be.


Least favorite concert?
Chris Brown. I still have no clue why I went, but I was in 7th grade in the nosebleeds of Consol Energy Center with my friend, not knowing any of the words. We couldn't see, there was nobody in the crowd with us, and bleachers is just not the same as general admission. Oh and paying for a concert expecting to see someone actually performing, and getting someone just lip syncing isn't fun.
Favorite thoughts, experiences about Pittsburgh?
I've lived in Pittsburgh my whole life so not much I can really compare it to. But I absolutely love the scene here and couldn't ask for a better city to live in. The air quality sucks, but I call it home.

Thanks, Grant. Kudos to you for expressing what I think a lot of people are reticent to do concerning that Nirvana album. Yes, a good album but I think it's historical relevance almost certainly distorts it's importance.
Posted by Hughshows at 8:56 AM