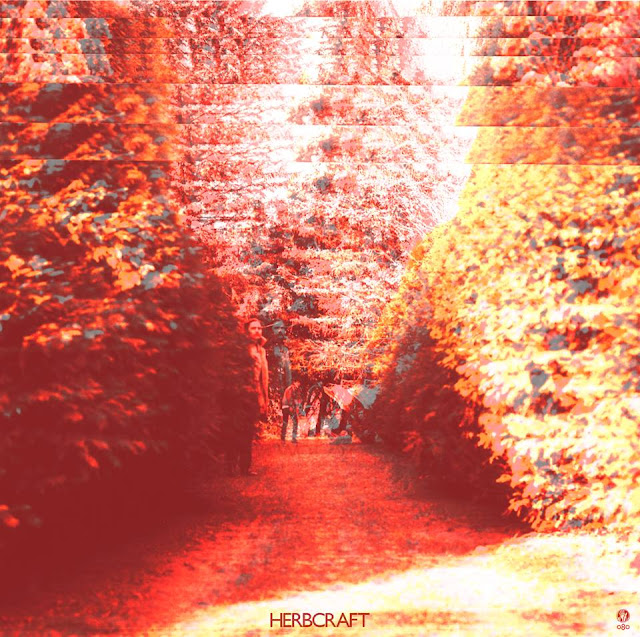 "Across four LPs, Herbcraft's trajectory has taken the form of an open-ended and perpetual trip, covering ground from Agartha's pining bedroom odes to Ashram's psychedelic living room services, to the full-band barn hoots of 2013's The Astral Body Electric. On its fourth album, Wot Oz, the band undergoes another bold reinvention, shifting its locale to the Traummaschine A/B warehouse, where Matt Lajoie met with drummer Aaron Neveu and bassist/organist Joe Lindsey for the trio's first-ever rehearsal in July 2013. Though intended simply as a rehearsal for a live gig, surveillance tape began rolling almost immediately, as the group's chemistry imbued both abstract sound experiments and primitive rock- and blues-based numbers with the same heady waft of freewheeling possibility."

Herbcraft is an esoteric free-drift band from Portland, ME who latest album "Wot Oz" is available now through Woodsist Records. The band is on their national tour and stop in Pittsburgh on Friday night (9/4) at Howler's with local faves The Garment District and SAGAS for support. I want to thank Matt Lajoie (Guitar/Percussion/Vocals) for taking the time to participate in this edition of First/Last.


The first album you ever bought?
My revisionist memory has it cemented as Neil Young's “Harvest Moon” (bought on cassette at K-Mart in 1993), but comparing release dates I'm realizing it was most likely Boyz II Men “Cooleyhighharmony” a year earlier.

Favorite album of all time?
Yikes, this is likely to change by the time I finish this sentence. Not sure how to pick between “Jewels of Thought”, “Bitches Brew”, “Maggot Brain”, “Heavier Than a Death In the Family”, “On the Beach”, “If I Could Only Remember My Name”, “Ege Bamyasi”, Dadawah's “Peace and Love”… This is an impossibility.

First concert attended?
I have the faintest memory of seeing the surviving Beach Boys at the Northern Maine Fair in 1990. I was most excited that John Stamos was there.

Favorite concert ever?
Tough to beat Parliament-Funkadelic at the Maine State Pier a few summers ago. Whoever their new guitarist is performed an uncanny note-for-note reincarnation of Eddie Hazel on ‘Maggot Brain’... which is totally not at all the point of that song, but still mind-frying.

Least favorite concert?
I can't think of a "least favorite", but most disappointing was seeing Lee "Scratch" Perry play an incredible 25-minute set at a small club in Portland for about a dozen people, and then refuse to come back for an encore.

Any thoughts, experiences about Pittsburgh?
My first show in Pittsburgh back in 2009 was probably the most cursed set I ever played! It was at the Morning Glory Coffeehouse, all my gear tweaked out and I just couldn't get it together. To make it worse the meltdown happened in front of Tom Carter, Steve Gunn, Shawn McMillen, Jeffrey Alexander, Mike Tamburo... a bunch of musicians I hold in high regard. The next morning I bought some James Brown 45s at Jerry's and felt a lot better.

Thanks, Matt. R.I.P. Morning Glory. I was only there a couple times but that little place brought in some really killer bands.
Posted by Hughshows at 4:58 AM