First/Last-Jesse Sykes and the Sweet Hereafter 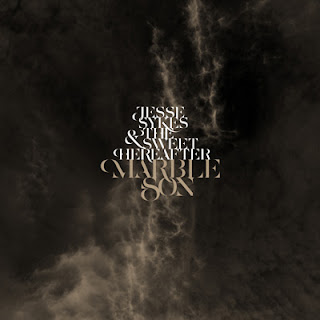 Admittedly, I was only vaguely familiar with Jesse Sykes & The Sweet Hereafter and their music. What really made me stand up and notice the band was the release their fourth full length album, Marble Son, this past August. I describe it as dark, psychedelic twang. Right up my alley. It's an amazing album full of terrific music anchored by Jesse's haunting vocals. The band toured hard this fall and winter promoting the album and as they rest up before a spring sojourn, Jesse was kind enough to take some time to participate in this edition of First/Last.

The first album you ever bought?
Blondie’s "Parallel Lines".

Favorite album of all time?
I really don't have one...I have many...right now it's "This Cloud Is Learning" by Nicolai Dungar. That has sustained me for the last 5 years or so...it's my constant. Before that it was "Tonight's The Night"....maybe.

Least favorite/most disappointing album?
Honestly there isn't one...I mean I have bags full of CDs that aren't very good, but I don't listen to them...many were given to me either by labels or other bands on the road. If something I sought out or had expectations of doesn’t resonate with me, I just move on assuming it may be more of a reflection on me at the time, then the artists music lacking in anyway. Relationships to music change so much over the years...what seems lacking in the moment may be essential later on, you know? And what seems essential now, years later can seem really silly and unsophisticated...I think sometimes we like things for sentimental reasons or for familiarity only-that doesn't mean they are good, artistically challenging or culturally relevant!

First concert attended?
Rossington Collins Band in 1979. My grandma took me and waited in the car while I went in with my dad's secretary!

Last concert?
The last show I saw that we weren't involved with somehow, was I think Black Mountain in Seattle.

Favorite concert ever?
It's a tie between The Sadies and Nicolai Dunger.

Least favorite concert?
I wouldn't want to hurt any feelings....the thing is...it's one of "those" things...if you aren't having fun you might write the whole night off as being lack-luster...I don't like how now people blog about a show sucking, but it's clearly more about their personal deal then the show actually sucking...like they aren’t seeing that it's different for everyone in that room...just where you stand can make such a huge difference....if you have any emotional baggage on any given night it'll ruin the whole experience. That's how I feel....and if you think a band sucks because it is not "your thing", well, again it's just not "your" thing...for someone else it may be life changing. Sure, some bands do suck, sadly it's true....but, I think it's mean to say these things in written form, so I don’t!!

Any thoughts, experiences about Pittsburgh?
I lived in a house the last 10 years, and the two other tenants were from Pittsburgh. I've never been there, but I feel a kinship through my awesome neighbors and their stories and the kind of people they are...very down-to-earth, good people.

Thank you so much Jesse. I find myself loving the album more with every spin. Hopefully Pittsburgh will be on your radar for your upcoming itinerary!
Posted by Hughshows at 8:36 PM