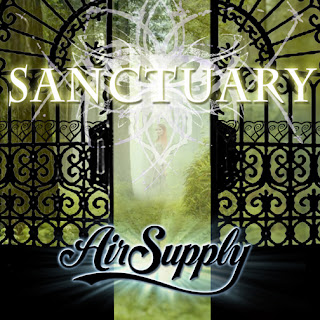 Wikipedia defines 'guilty pleasure' as...wait...take two.
Hi everyone, my name is Hugh T. and, ahem,  I am an Air Supply fan. As any music blogger knows, his or her tastes define a lot about what they listen to and write about and eventually who follows their online presence. Admittedly, to be able to sustain some sort of 'indie cred' could end up being difficult to maintain with a statement I just made. But guess what? I could care less. I have always done what I wanted and saw who I wanted with nobody telling me different. The most incredible facet of music blogging in Pittsburgh is I am my own boss when it comes down to it, and I was way excited to find out that the band was coming to play the casino.
I was a lean (read:skinny), somewhat intelligent (read:nerd) teenager discovering strange feelings for the opposite sex in 1980 and I will forever remember the soundtrack to those times which included bands like Journey, Little River Band, and Air Supply. Yeah, I admit they were somewhat cheesy but did you ever try playing "Lost in Love" on an acoustic guitar to swoon a girl? Believe me, it works! Seriously, give me a couple beers and I'll slay a roomful of people with my 'hillbilly>rap>goth metal' version of "Making Love Out of Nothing At All". No joke.
The group just released a new digital single Sancuary and are touring with a full band to promote it. It will be fun to see the crowd they get on Saturday as they perform two shows at 7 p.m. and 10 p.m. I am way geeked that the duo of Graham Russell and Russell Hitchcock took the time to participate in this edition of First/Last.

The first album you ever bought?
Graham Russell: "Please Please Me" The Beatles.
Russell Hitchcock: The first record I bought was "I'll Never Find Another You" The Seekers.

Any thoughts, experiences about Pittsburgh?
Graham: Pittsburgh is a great city in a beautiful State!
Russell: THEY ROCK !!

Thanks so much Graham and Russell. Really looking forward to the show.

Posted by Hughshows at 4:47 PM

*love* i'm an Official AirHead, thanks so much for sharing! :)