Image Of The Day-"The Sudbury Nickel" 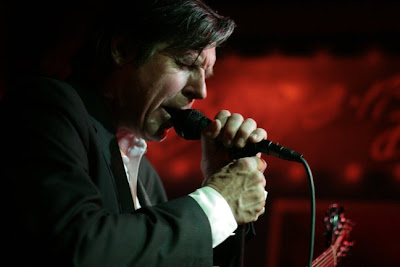 I have an extreme man crush for The Sadies. Last year they put on one of my favorites shows ever to a very sparse crowd at Club Cafe. Talking to my man Sean that night he mentioned they just finished an album with John Doe and will likely tour behind. I was pumped that they announced a Pittsburgh date. The album is...eh, alright (like most of The Sadies studio stuff) but live is where this band shines and they more than proved it at The Thunderbird. Rumor has it they might be collaborating with Neil Young! Wow!