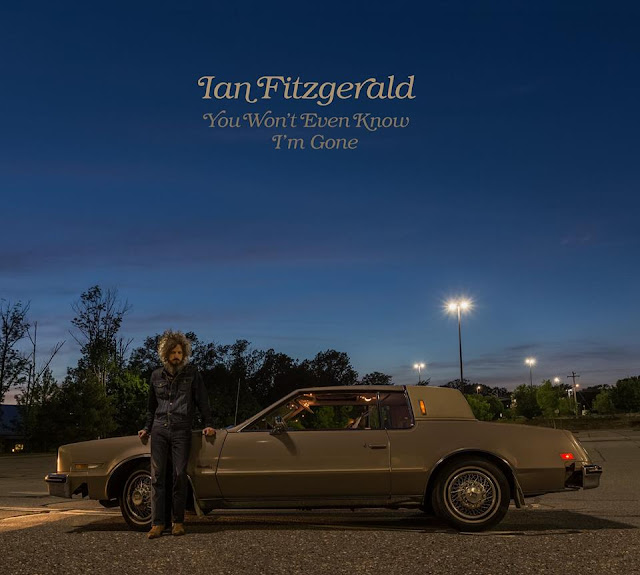 "Based in New England, Ian has toured throughout the United States. Ian has independently released four albums of original material and has become known for his storytelling and skillful use of language. In their review of his latest album, No Time To Be Tender [2013], Performer Magazine called Ian "a polished songsmith who is high atop a field of great artists breaking through to festival and folk concerts throughout the States."

Ian Fitzgerald is a folk singer-songwriter from Providence, RI who is currently touring to promote his soon to be released fifth LP, You Won't Even Know I'm Gone. He returns to Pittsburgh on Tuesday (11/18) for an all-ages BYOB show at Acoustic Music Works in Squirrel Hill on a stacked bill with Sedgewick, Dylan Golden Aycock, and Lake Mary. I want to thank Ian for taking the time to participate in this edition of First/Last.

The first album you ever bought?
The Beatles' Live at the BBC. It was released in 1994, at the very moment that I was given my first CD player and that I was becoming a Beatles fanatic.


Your last album bought?
The Day We Lost the War by Pittsburgh native Zach Schmidt, and I'd recommend that everyone else follow suit.


Favorite album of all time?
I think Highway 61 Revisited is the album I return to most often. I realize that's not a very unique choice, but it's an honest one.


Least favorite/most disappointing album?
I'm pretty disappointed in my own first couple of albums. I learned a lot from making them, but I wish I'd done a better job at the time.


First concert attended?
The Wallflowers in July of 1997. They were supposed to have opened the show, but Counting Crows cancelled for some reason, which was just fine with me.


Last concert?
A send-off show for my friend Dylan Sevey: he's making the move from Rhode Island to Nashville to play drums full-time for Ron Gallo, so he had one final Rhode Island show featuring his friends The Quahogs; his own band, Dylan Sevey & he Gentlemen; and the band he's drummed in for the past four years, Smith&Weeden, which is also the band that I worked with on half of my new record.


Favorite concert ever?
Tough to pick a favorite concert; there have been a lot of them. One that stands out on the shear strength of its lineup is a show I went to in Saratoga Springs, NY in 2008. In one afternoon and evening, the show included (in this order, I believe): Raul Malo, Gillian Welch, Conor Oberst, Steve Earle, The Swell Season, Levon Helm, and Bob Dylan.


Least favorite concert?
A friend took me to see of Montreal once. It just wasn't my scene.


Any thoughts, experiences about Pittsburgh?
Every time I've been to Pittsburgh, a different person promises/threatens to bring me to Primanti Brothers, but it still hasn't happened. I have met a lot of great people in Pittsburgh, though, and I've enjoyed each time I've played there. I'm sure people there know this already, but Kayla Schureman is a Pittsburgh singing-songwriting treasure; I'm looking forward to hearing the new record she's been working on.

Thanks, Ian. As I warn every visiting musician who contemplates hitting up Primanti Brothers, make sure you have a belly full of beer before diving in... just saying.
Posted by Hughshows at 9:11 AM