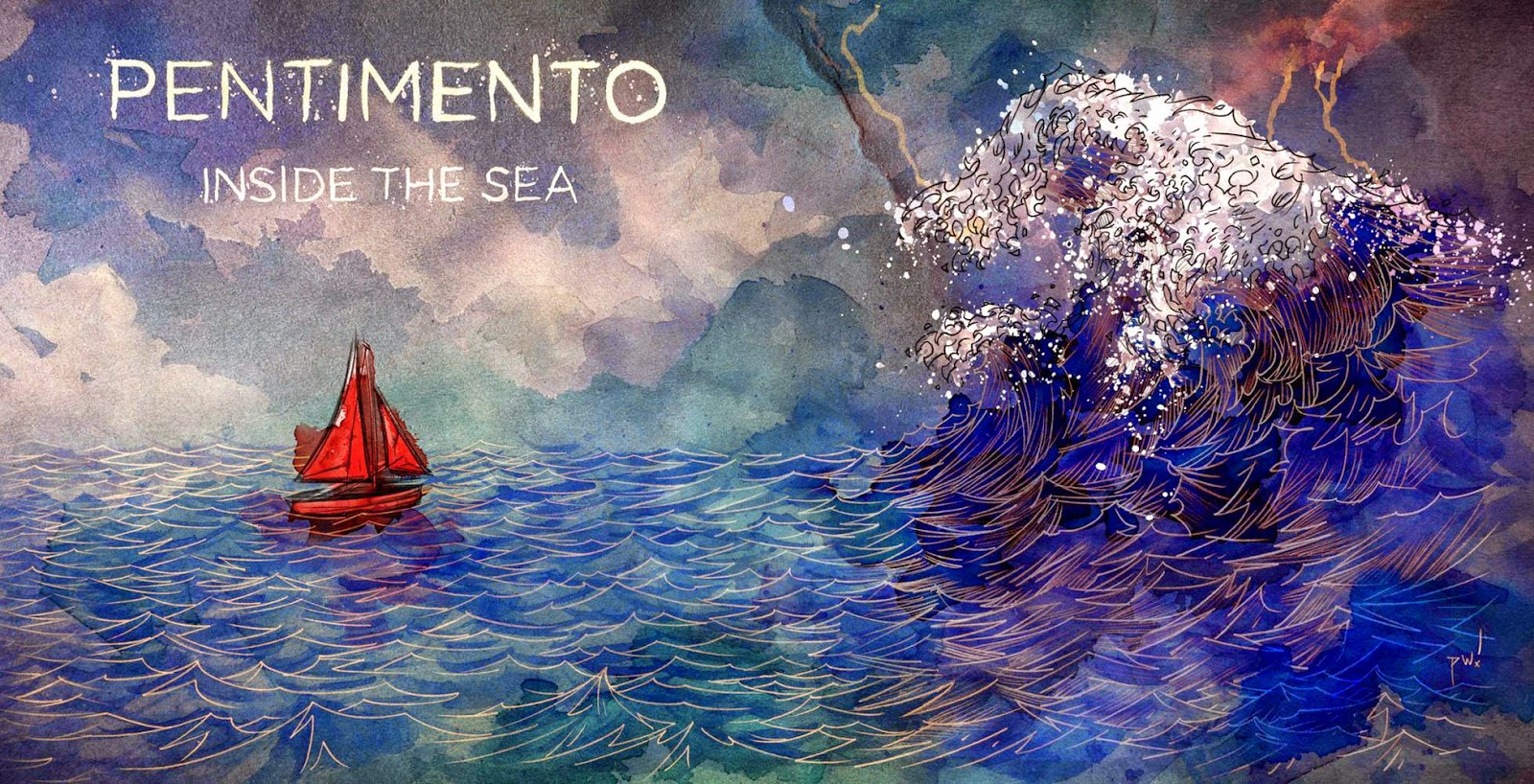 "Pentimento is a punk rock quartet from Buffalo, N.Y., that strives to create a sound focused on the raw emotion of the punk scene it grew up on. While staying true to the roots and influences of its upbringing, what sets Pentimento apart is the sheer honesty and authenticity present in its music. Pentimento’s goal has always been to share passionate music with others. Its hope has always been for listeners to develop a personal relationship with its music, eclipsing the traditional
band-to-fan acquaintance and fusing a deeper bond."

The band heads to Pittsburgh this Friday for an all-ages EARLY show at The Smiling Moose behind their latest release, "Inside The Sea". My thanks to Michael Hansen (Drums/Vocals) for taking the time to participate in this edition of First/Last.

The first album you ever bought?
I think the first album I ever paid for with my own money was a Linkin Park record called “Hybrid Theory”. I was just entering the 7th grade with a paper route to fund my new found obsession with CD's and band stickers.

Your last album bought?
Just got a Mineral/Jimmy Eat World/Sense Field 3-way split at a little record store close to my apartment in Buffalo. Really stoked on that.

Favorite album of all time?
Of course this question is impossible for anyone to give an answer that they're 100% positive about, but for now I'll say that “Art Of Drowning” by AFI is my favorite.

Least favorite/most disappointing album?
Keeping up with AFI and having them be "that band" for me who introduced me to punk music and literally changed my life forever has been an interesting road. So in conjunction with AFI putting out my favorite record, they also put out “Decemberunderground” which was not only a disappointing release, but I can't listen to it without cringing.

First concert attended?
I used to go out with my parents to these free concert events in Buffalo that we had every Thursday during the summers. But the first "show" I went to by myself with friends was Switch 86, Amy Ryan and The Operatives, and The Piss Whores. Bunch of local punk/ska bands. Totally blew my mind and made me want to play music forever.

Last concert?
Just saw our friends in Light Years while they were on tour swinging through Buffalo. Great guys. Great band. Check them out.

Favorite concert ever?
The Bridge 9 Tour with Strike Anywhere, Polar Bear Club, Crime In Stereo and Ruiner. Strike Anywhere & Crime In Stereo are two of my all-time favorite bands, and PBC/Ruiner was definitely the icing on the cake. It was an incredible experience from note one until the guitars played their final note. I'll never forget it.

Least favorite concert?
Guns 'N Roses. I worked a show for them last summer that was an absolute nightmare. Don't get me wrong, they are an incredible live band and they absolutely slayed the entire night. But their fans, and their road crew just bummed me out.

Any thoughts, experiences about Pittsburgh?
We've been lucky enough to always have an amazing experience every time we come through the area. There's some great food and great scenery and we're not even too far from home so coming to visit is always really cool.

Thanks, Mike. Peculiar that a band's crew would cause a bad show but I guess if you are working that show, that would make so much sense. Now I want to hear more!

FTC Disclosure: This post contains affiliate links. If you make a purchase after clicking on a link, I receive a small commission at no extra cost to you. The links helps to support this site and will allow me to keep writing about local music.
Posted by Hughshows at 7:38 AM