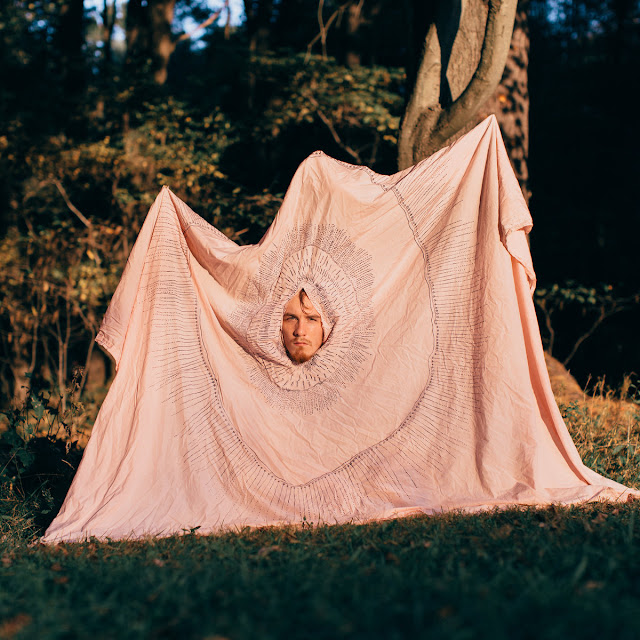 "String Machine is the solo project of musician David Beck, a Pittsburgh area native whose neo-folk music can be described as eclectic, philosophical, experimental, sincere, and diverse in texture and emotion. String Machine’s debut album Threads from the Youth Fossil is a mosaic of sonic textures and poetic imagery, with lyrics drenched in the visceral wisdom of lost youth."


String Machine is the moniker of experimental folk musician David Beck who just released his debut Threads from the Youth Fossil which is now available to buy in physical form which comes with free shipping and will include "some sort of interesting little thing." BONUS! I want to thank David for taking the time to participate in this edition of First/Last.

The first album you ever bought?
Blink 182's self-titled album.


Favorite album of all time?
In the Aeroplane Over the Sea by Neutral Milk Hotel.
To Pimp a Butterfly by Kendrick Lamar.


Favorite thoughts, experiences about Pittsburgh?
Grand View Park with friends. Also, when I was younger, playing in South Side was always a good heartwarming thing. Those were the first times I ever ventured out of the small town to play shows.

Thanks, David. Interesting you listed Slanted and Enchanted. I am just starting to get into Pavement and from these fresh ears, S&E is the most... 'raw' of their albums? I would like to hear more of your take on why it doesn't float your boat.
Posted by Hughshows at 1:25 PM

When I turned on Slanted and Enchanted, I realized that personally, I believe it is an album that is considered a masterpiece due to its aesthetic, rather than its content. Yes, it was a groundbreaking lo-fi album. Yes, it paved the ways for the indie recording method of recording in a basement (a process that has helped create some of my favorite albums of all time.)

But there are songs that are just so blatantly horrible (in my opinion, obviously) that it is hard to understand why it is venerated so adamantly. Songs like "Conduits for Sale" are just not masterpiece material in my opinion.

Hey thanks for having me on the blog!
Nothin but love,
David Beck