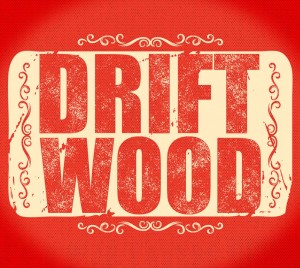 "Carving out a name for themselves with electrifying live performances, they bring one of the most unique, raw sounds to the Americana/roots music scene. Incorporating upright bass, banjo, acoustic guitar and violin, the ghost of traditional American folk music lives in their palette. But the melodies, the harmonies and the lyrics are something else entirely. Drawing on aspects of everything from 0ld-time recordings to 1960’s R&B, the music is crafted to serve the songs. With fast-growing audiences singing along at live shows, it’s easy to tell the primary focus is on song."

Driftwood is an Americana folk rock band from Binghamton, NY who are touring behind their latest effort, Live at Grassroots 2014. They return to Pittsburgh this Saturday (4/16) with River Whyless at the New Hazlett Theater on the Northside. This will be a fantastic show in an equally fantastic venue. I want to thank Dan Forsyth (Guitar/Vocals) for taking the time to participate in this edition of First/Last.

The first album you ever bought?
Bob Marley Soul Rebel.


Favorite album of all time?
Impossible. Music is a living thing, constantly moving us in different ways in different periods of our lives. One album I like to come back to now and again - Van Morrison's Moondance.


Least favorite/most disappointing album?
I really don't like anything Sugar Ray has ever put out.

Any thoughts, experiences about Pittsburgh?
Pittsburgh is one of those places that we never had a bum show. (This is kind of unusual considering the nature of the tour circuit) No memories of money lost, bad sound, bad bars or mean people. Every experience has been great. We love Pittsburgh!

Thanks, Dan. Pittsburgh loves you back, man. Should be a wonderful night on Saturday.
Posted by Hughshows at 7:36 PM