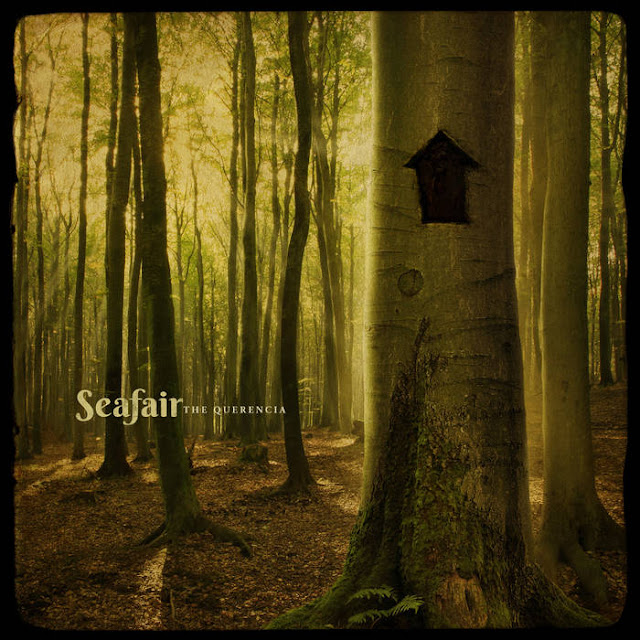 "Consisting of 6 musicians with backgrounds ranging from quick punk rock to classically trained, Seafair has been turning heads all over Ohio since their inception in late 2012. The sharp heavy hitting drumming of Ryan Kelly, the finesse and intensity of guitar and bass player’s Michael Flaherty and Joshua Riehl, the absolute beauty and precision of the cellist and violinist Tara Hanish and Andrea Belding, and the powerful voice, presence and words of frontwoman Chayla Hope makes the Seafair live show a force to reckon with."

Seafair is a chamber-rock band from Cleveland who are diligently working on their soon to be released follow up to the excellent 2015 album The Querencia. They head on down to Pittsburgh on Friday (1/29) for a killer bill at Howlers with local faves Grand Bell and Lone Wolf Club. This is a show you do not want to miss. I want to thank Chayla Hope (Keys/Vocals) for taking the time to participate in this edition of First/Last.


The first album you ever bought?
I actually purchased two on the same day! One was Squrrel Nut Zippers, and the other was Mighty Mighty Bosstones.


Your last album bought?
Shakey Graves And
The War Came.


Favorite album of all time?
This is a tricky one! I'd have to go with Frightened Rabbit Midnight Organ Fight.


Least favorite/most disappointing album?
Barry Von Luxxury (not that I expected it to be great). It's just hard for me to listen to.


First concert attended?
I have to laugh. I was only 9 and with my mom. Melissa Etheridge.


Last concert?
The Sword. It was fantastic!


Favorite concert ever?
The Tallest Man On Earth at the House Of Blues.


Least favorite concert?
Beck did a show at Bonnaroo. He came out with an acoustic guitar, covered 3 1/2 songs then broke the guitar and left. I don't know what happened to make him do that, but I definitely lost respect for him.

Any thoughts, experiences about Pittsburgh?
I LOVE the people and the support we get when we play in Pittsburgh. The last time we played out there, I ended up dancing to the other bands with four people I had never met before, but we felt like old friends. It was a stellar time, and I can never wait to play there. I'm grinning just thinking about it!

Thanks, Chayla. Seriously, this is the show of the week in Pittsburgh! Love this lineup. You should be getting ready to dance for sure!
Posted by Hughshows at 6:01 PM