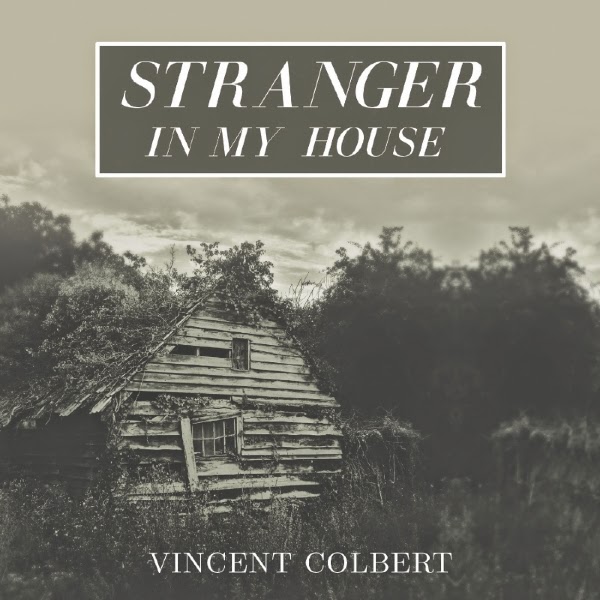 "Ann Arbor based singer-songwriter Vincent Colbert writes tunes that are heart-rending yet filled with hope. His painstakingly honest lyrics and tender vocal delivery capture a sentiment many relate to. “I was drawn to music at a young age. I quickly realized how it could impact people’s lives in a positive way, and it’s always been my hope that my music would somehow do that for others.” Over the years Vince has worked on various projects, including releasing an EP and full-length album with the indie-folk duo Chalet Shalom. More recently he’s turned his attention to his solo project, releasing the EP “Broken Joy” in March 2014. He recently finished a second EP and is planning to release it in January 2015. Vince’s live shows are always warm and intimate experiences."

Vincent Colbert will be releasing his debut EP, "Stranger in My House" early next year. Consider this an early warning. I want to thank him for taking the time to participate in this edition of First/Last.

The first album you ever bought?
Oh man, let's see if I can remember... probably something embarrassing like Hanson or something. You know the one with ‘MMMBop’ on it. Ha-ha.


Your last album bought?
Gregory Alan Isakov's "The Weatherman." One of my current favorites.


Favorite album of all time?
The Beatles "Revolver".


Least favorite/most disappointing album?
None are coming to mind at the moment.


First concert attended?
I remember I saw Phil Keaggy at my church when I was young. I had just started playing guitar at the time, and I left the concert rather depressed because I couldn't imagine ever getting that good. I don't think I picked up the guitar for a few days after that. Ha-ha.


Last concert?
I saw David Ramirez at The Blind Pig in Ann Arbor. One of my favorite songwriters.


Favorite concert ever?
Jose Gonzalez at The Parish in Austin, TX. It was just him and his guitar. He got up and said "Hello," then didn't say a word the rest of the night. He just played his songs and everyone was glued to every line and guitar passage. Such a powerful, even "spiritual" experience.


Least favorite concert?
I've played some rough ones. Does that count? : )

Any thoughts, experiences about Pittsburgh?
I played at SPACE Gallery downtown this past Spring. It was a fun show, and the natural reverb in that place was amazing! It worked for me as a solo singer/songwriter, but I'm guessing it would be hard to hear in there with more of a full band. There was this cool, vibey art video playing in the background too that made it all the better. Cool space, literally!

Thanks, Vincent. I love what I am hearing from you, man. Can't wait for the rest of the EP.
Posted by Hughshows at 5:39 AM

Vincent Colbert is incredibly talented! I can't wait for more people to experience his music!