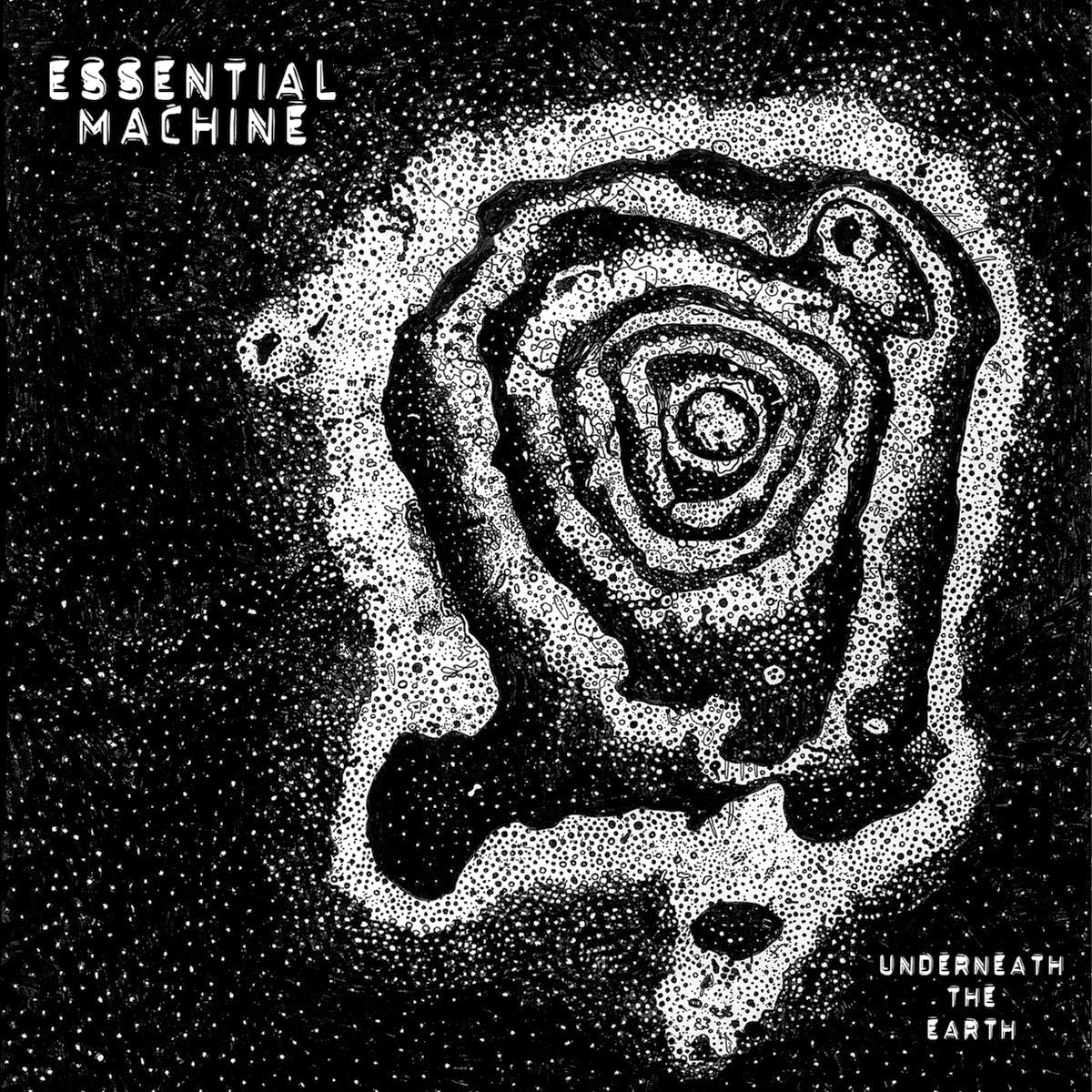 "Essential Machine, formed in 2008 by husband and wife duo RJ and Karen Dietrich, released their first EP Find the Harmony in 2009. Their second EP Lonely Telephone was released in 2012. In their review of this sophomore effort, Pittsburgh Magazine declared “…the Machine knows how to play to its strengths with rich boy/girl harmonies meshed with mandolins and glockenspiels.”
In 2014, Essential Machine released their third EP Underneath the Earth and expanded their lineup to include Matthew Kilroy on guitar and bells, and RobyJ on keyboard. To further expand their sound, Karen has added drums to her repertoire, and RJ plays electric guitar."
Check out the band at their official Website, Facebook, BandCamp, Twitter, SoundCloud, YouTube and Instagram. The band's new EP, "Underneath the Earth" arrives April 1st via Silver Seed Records but you can preview the sweet title track now. I want to thank RJ Deitrich (Guitar/Piano/Vocals), Karen Dietrich (Keys/Drums/Vocals), Matthew Kilrow (Multi-Instruments), RobyJ (Keys/Flute/Guitar) for taking the time to participate in this edition of First/Last.

The first album you ever bought?
RJ Dietrich: “Nevermind” by Nirvana.
Karen Dietrich: “August and Everything After” by Counting Crows.
Matthew Kilrow: “Mellon Collie and the Infinite Sadness” by Smashing Pumpkins.
RobyJ: “When It Was Now” by Atlas Genius.


Your last album bought?
RJ: “Transgender Dysphoria Blues” by Against Me!
Karen: “After the Disco” by Broken Bells.
Matthew: “The Glass Passenger” by Jack's Mannequin.
RobyJ: “Modern Vampires of the City” by Vampire Weekend.


Favorite album of all time?
RJ: “The Acoustic EP” by Against Me!
Karen: “Cassadaga” by Bright Eyes.
Matthew: “Full Moon Fever” by Tom Petty.
RobyJ: “Searching for a Former Clarity” by Against Me!


Least favorite/most disappointing album?
RJ: I bought “Ultramega OK” by Soundgarden after I'd listened to some of their later music (which I really liked). It turns out this first album of theirs has a completely different sound compared to the rest of their music.
Karen: “Blue” by Third Eye Blind. I was really disappointed by this follow-up to their self-titled debut album.


Favorite concert ever?
RJ and Karen: Against Me! at House of Blues Orlando (‘Searching for a Former Clarity Tour’).
Matthew: The Weakerthans at Mr. Smalls.
RobyJ: Against Me! in Lancaster, PA.


Least favorite concert?
RJ and Karen: Bright Eyes, ‘Digital Ash in a Digital Urn Tour’.  We went to the show thinking it was in support of his album “I'm Wide Awake, It's Morning”, but it turned out to be his electronic music. It wasn't what we were expecting.
Matthew: Elton John. It just wasn't a very high energy show and he didn't play a lot of the songs you'd expect him to play.


Favorite thoughts, experiences about Pittsburgh?
RJ and Karen: When we still lived in Florida, we visited Pittsburgh and did all the Pittsburgh-y things: we stayed at the old Hilton at the Point, ate at Primanti Bros, and rode the incline.
Matthew: For my mom's birthday one year, my family and our friends rented out an entire Duck Boat and went for a ride all over the city.
RobyJ: Visiting the Carnegie Museum in Oakland for the first time, then eating hot dogs at the O.

Thanks, guys. Diggin' that you are a four piece now expanding the sound. Looking forward to the album and catching you live.
Posted by Hughshows at 6:18 AM

These guys are amazing, their new EP is the tops!