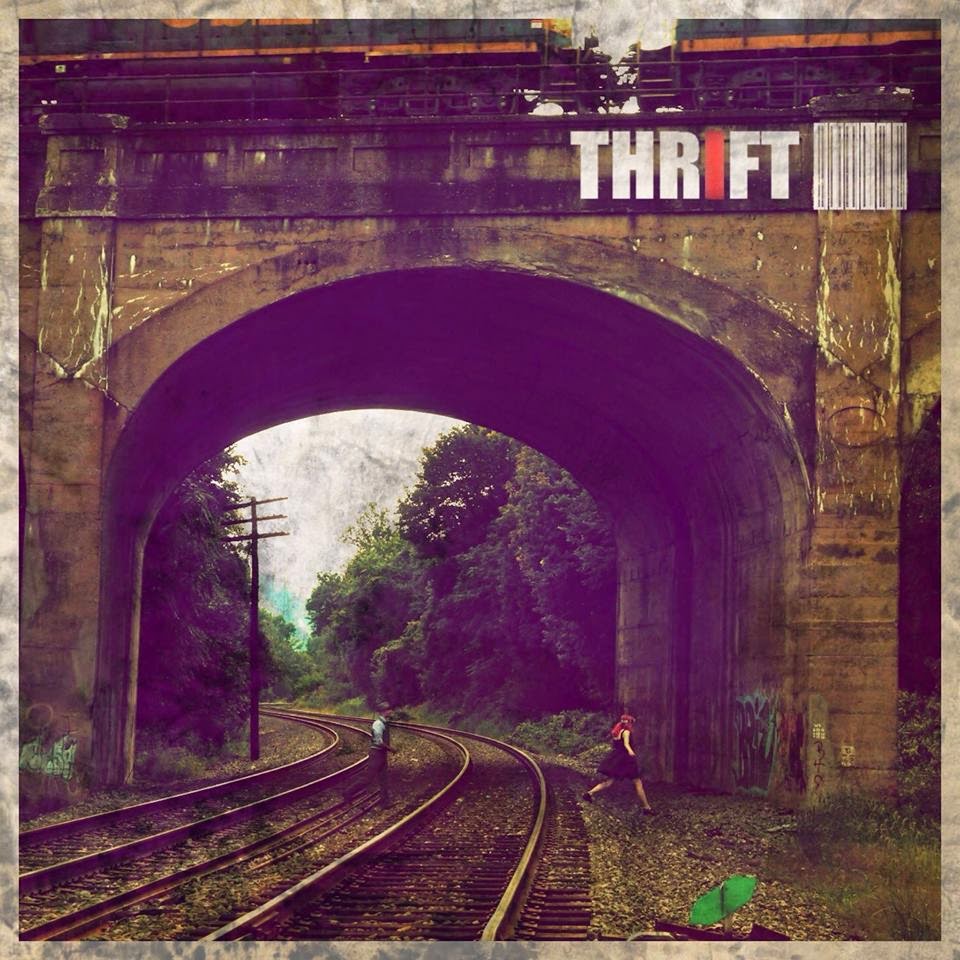 "Thrift is an innovative indie-rock duo consisting of Anna Carmela and Mark Malagise. The Pittsburgh, PA based “dirty disco” band recently released their debut concept EP in early 2014 to critical acclaim, and their songs “Mockingbird”, “Warning Signs”, and “Dead & Buried” have already gained popularity in both the United States and the U.K. Legendary Billboard editor and music journalist, Chuck Taylor, comments: “Thrift’s debut EP offers a sonic inferno opus packed with passion, as electrifying as a key jammed in a socket—and ultimately, an adept rock’n’roll paean.”

Check out the band at their official Website, Facebook, YouTube, Instagram and Twitter. The Pittsburgh based 'Indie-Rock/Dirty-Disco' duo have recently released their debut self-titled EP. You can catch them live when they play The Smiling Moose on Tuesday opening for Shilpa Ray. Much thanks to Anna Carmela (Bass/Vocals) and Mark Malagise (Guitar) for taking the time to participate in this edition of First/Last.


The first album you ever bought?
Anna Carmela: I think it was “Metallica”…
Mark Malagise: “Led Zeppelin II”.


Favorite album of all time?
Anna: “Nevermind” by Nirvana. I know that sounds pretty typical, but I have a lot of memories associated with that album.
Mark: Crosby Stills & Nash.


Least favorite/most disappointing album?
Anna: Pretty much all the “one hit wonders’” albums that came out all last year (i.e.- Lorde, Imagine Dragons, etc.). They all had one or two decent radio-friendly songs, but the rest of their album was usually pretty crappy.
Mark: “In My Mind” by Pharrell because for someone who can rattle off hit after hit, this album failed to include one memorable.


Favorite concert ever?
Anna: I saw Enter Shikari, an English post-hardcore, electronica band, in L.A. a couple years ago, and it was so insane.
Mark: My favorite concert was when I went to see Buddy Guy in 2005. He was almost 70 years old and had more energy than any performer I had ever seen.


Least favorite concert?
Anna: Hmm… I can’t really say. I have found enjoyment in every concert I’ve been to.
Mark: The Police, only because I attended with my soon-to-be ex-fiancé.


Favorite thoughts, experiences about Pittsburgh?
Anna: It’s definitely a lot colder here than where I’m from (L.A.) - this winter wasn’t very welcoming - but I do like it here. People are very spirited and proud of their city, and I fell absolutely in love with pierogies during my time here.
Mark: Spending time with my family. WDVE.

Thanks, guys. Love that tag 'Dirty-Disco'. Sorry about that Police gig, Mark. Any show attended with a soon-to-be 'ex-fiancé' would definitely suck.
Posted by Hughshows at 7:30 AM