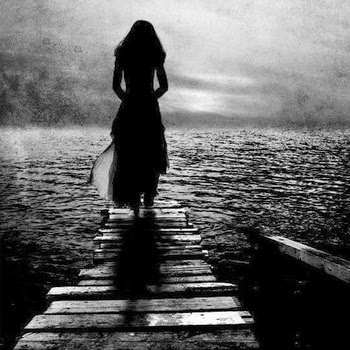 "Pittsburgh's Premier Grunge-Core Trio. Menstrual fueled mayhem that will rip your pubes out!"

Check out the band on Facebook, BandCamp and ReverbNation. The trio plays a 'punk-alternative' hybrid of rock and have a few singles out. They play locally and you can catch them next this Friday at Howler's as part of the 'Don't Give Up The Ship! Fest'. I want to thank Athena Kazuhiro (Bass/Vocals) and Jennifer Sabol (Guitar/Vocals) for takling the time to participate in this edition of First/Last.


Your last album bought?
Athena: It was recent actually, and I haven’t bought records regularly in a while. Hmmm…I wanted to buy Sleepy Kitty’s new one “Projection Room”, but I’ve been too poor. I bought Zegota’s "Reclaim".
Jen: The Wipes, “Is this Real?”.


Least favorite/most disappointing album?
Athena: Anything by AC/DC.  I hate them!
Jen: I hate NOFX.


Last concert?
Athena: Local show, The Fuckies with The Mad Doctors, it was great. I’m not fond of big shows and rarely attend them. I believe the last big concert I attended was "Black Flag" at AE and it was awesome.
Jen: Adam Ant at Stage AE. Last local show was MÖWER.


Favorite concert ever?
Athena: AFI in their hardcore heyday (1990's), in Louisville, KY.
Jen: Motorhead, Iron Madien, Judas Priest, and Heaven and Hell (I doubt anything will ever top that lineup!)


Least favorite concert?
Athena: NoFX in Louisville, KY cause Fat Mike said something rude to me and embarrassed me in front of everyone in a large crowd.
Jen: I don't have one.

Favorite thoughts, experiences about Pittsburgh?
Athena: The Pittsburgh scene is expanding a bit lately. I would like to see more support of women in music around here. MÖWER is awesome, go and see this duo.
Jen: I love the Pittsburgh music scene; there are so many talented musicians.

Thanks, ladies. Gonna have to check out MÖWER! Love discovering new local bands on recs from these Q&A's.
Posted by Hughshows at 7:44 AM