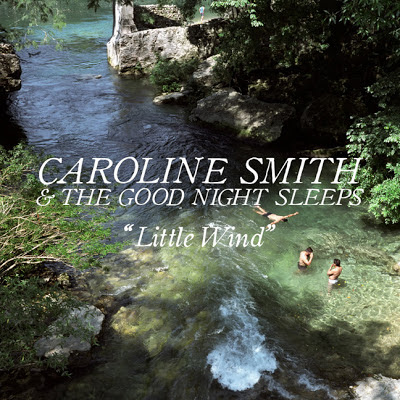 "Since her arrival in Minneapolis during the fall of 2006 as an 18-year-old, singer/songwriter, Caroline Smith has become a celebrated part of the Midwest artist community.
Her career began as a solo artist with a residency at Minneapolis' 400 Bar, a once reputable venue pivotal in shaping the careers of Elliott Smith, Conor Oberst, and local hero, Mason Jennings who less than a decade before began his own career with the same residency. Here she developed an independent sound which continues to be characterized by simple chord structures supporting sweet pop vocal melodies. Most recognizable in her music and the defining quality to her success is her alto singing voice quivering through vibrato, classic and controlled with the presence of Billie Holiday, Leslie Feist, and Joanna Newsom."

Check out the band at their official Website, Facebook, Twitter, BandCamp and MySpace. They roll into Pittsburgh on their Spring tour at AVA tomorrow night with support from locals Coastal Remedy. I want to thank Caroline for taking the time to participate in this edition of First/Last.

The first album you ever bought?
Mantel Jordan.


Least favorite/most disappointing album?
Too many to count haha. The answer is probably mostly comprised of whatever bad hipster records my sister buys.


Favorite concert ever?
I think I can't answer this until after June 23rd when I see D'Angelo. Because that's going to be the best. Otherwise, Sparklehorse in 2007.


Least favorite concert?
I can't think if any at the moment. I love Bilal but I remember being kind of disappointed by his stripped down set.


Any thoughts, experiences about Pittsburgh?
I love Pittsburgh, I have so many memories there. It's where my mother grew up and where my grandparents live. So being in Pittsburgh (specifically Mt. Lebanon) reminds me of hanging out in the kitchen with my grandma eating chipped ham and playing word find.

Thanks, Caroline. An honorary Mt. Lebo girl! That's what's up.
Posted by Hughshows at 7:30 AM