First/Last - Scenes From a Movie 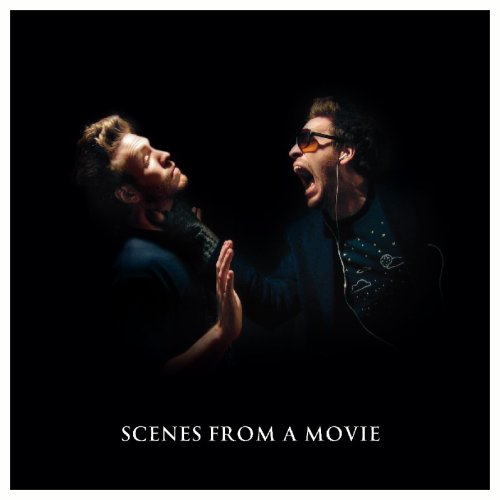 Scenes From A Movie is a pop rock band from West Virginia who are reuniting for a 10th Anniversary tour to celebrate and play in full their album The Pulse. They hit up Pittsburgh on Wednesday (4/4) at The Smiling Moose. I want to thank Tony Bush (Vocals) for taking the time to participate in this edition of First/Last.

The first album you ever bought?
Kris Kross Totally Krossed Out. And not only that, I see to record myself rapping to this album on my tape recorder when I was about 8 years old. RIP Chris Kelly.

Favorite album of all time?
What a difficult question! This one took a minute to cycle through. But I think I’ve landed on The Matches Decomposer. And it edges most everything else out because we got to tour with them on the 2007 Warped Tour and they were just the best dudes. And Shawn has such a fucking way with words and ideas that always resonated with me.

First concert attended?
Creed/Three Doors Down. Ode still shreds. Tremonti is a GAWD. Tremonti/Stapp 2020. But only because there was not a ton of hip hop concerts rolling through our area.

Last concert?
I THINK it was the 10 year anniversary of The Question with Emery. But I could be wrong. Oh yes I am wrong. I saw Punchline and Nightbeast over Christmas.

Favorite concert ever?
Every single one that we’ve been fortunate enough to play. But for real, Aerosmith was absolutely top notch. Can’t be my real answer though. Maybe it is?

Least favorite concert?
Every Kris Kross show I was unable to attend. And every time I accidentally saw Escape the Fate perform on Warped tour.

Any thoughts, experiences about Pittsburgh?
LOVE Pittsburgh. Great city that is on the upswing. Phenomenal food scene. Always been a thriving music scene. Fun fact... Jon, Jared and I have all lived there at different times. And I’m pretty sure we all look back on those times very fondly. Can’t wait to come rip it the fuck up.

Thanks, Tony. I always hate it when I 'accidentally' see a band that I never can forget because of the awfullness. Doesn't happen very often but when it does, it sucks.
Posted by Hughshows at 8:32 AM

Labels: First/Last, Scenes From a Movie