First/Last - The Stars of Disaster 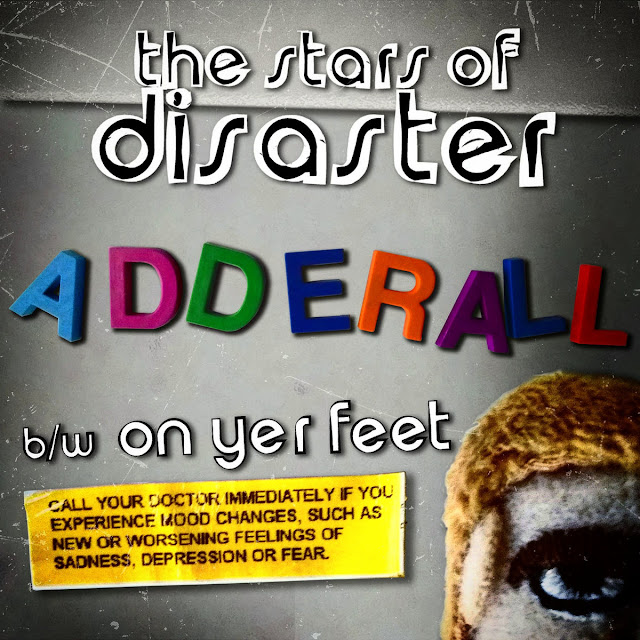 "Hi, I'm Anthony. I make music under the name The Stars of Disaster. I'm often joined by friends, acquaintances, and occasionally a complete stranger. I love loud rock and poppy hooks."

The Stars of Disaster is the moniker of musician Anthony Schiappa, who creates catchy garage pop hooks which is evident on his latest single "Adderall b/w On Yer Feet" which was released this week. 'Catchy' is the key word as I have been playing this a lot in the last week. I want to thank Anthony for taking the time to participate in this edition of First/Last.

Your last album bought?
Ted Nugent’s Greatest Hits. It was in one of those giant bins at a supermarket for like 6 bucks. A loathsome person, but he is one of the best rock guitarists ever. “Great White Buffalo” is worth the price of admission for me.

Favorite album of all time?
There’s A Riot Goin’ On by Sly & the Family Stone. To this day, it sounds like it’s from another planet.

Least favorite/most disappointing album?
Ween has been one of my favorite bands for pretty much my whole music-listening life, and I was really disappointed by La Cucaracha. It didn't even suck, it was just kind of unremarkable, which I guess is the most damning thing you can say about a record.

First concert attended?
They Might Be Giants at Metropol in 1994.

Last concert?
Elvis Costello & the Imposters at Heinz Hall this past summer, doing Imperial Bedroom in its entirety.   always saw him more as a singer/songwriter than a guitarist, but he's really good.  I managed to snap a pic of his pedal board, like a true nerd (see below).

Favorite concert ever?
Prince at the Gund in Cleveland on the Musicology tour. It was unreal. He did a 5-song solo acoustic set in the middle, including the best version of “Cream” I’ve ever heard. And he was super casual, interrupting songs to joke with the audience and tell stories. He used to get flack for taking himself too seriously, but he didn't, really. Watching old TV clips of him, you see he had such a great sense of humor, especially when it came to slapstick.

Least favorite concert?
A Chuck Berry and Jerry Lee Lewis double bill at the Fox Theater in Detroit in the early 2000s, after eating a bunch of pot brownies. The audience was a mix of ruthless hecklers, drunken affluent suburbanites, and people who were obviously there on some kind group tour. I've never seen a show go that sideways, ever. It was a complete train wreck in every way imaginable. About halfway through, it felt like a riot was imminent. People were jumping up on stage and messing with Chuck's guitars and amps during the songs, which to me is grounds for summary execution. During one song, he was actually begging people to get back in their seats instead of singing the lyrics. It's the first and only time I've been frightened at a concert. If you've ever seen the film “Jacob’s Ladder,” that about sums it up. Gorgeous venue, though.

Favorite thoughts, experiences about Pittsburgh?
I grew up in Steubenville, Ohio, about 45 minutes away, but came here a lot as a teenager for shows and to buy records you couldn’t get at NRM. Since moving back, into the city, several years ago, I’ve gotten to play with many people in lots of one-off gigs. Not only were those all a blast, but they afforded me the opportunity to meet, befriend, and collaborate with Pittsburgh musicians, writers, and visual artists whose work I admire.  A little kumbaya, perhaps, but I’m having fun.

Thanks, Anthony. That Chuck / Jerry Lee show sounds absolutely horrible, in the best way possible.
Posted by Hughshows at 8:24 AM

Labels: First/Last, The Stars of Disaster